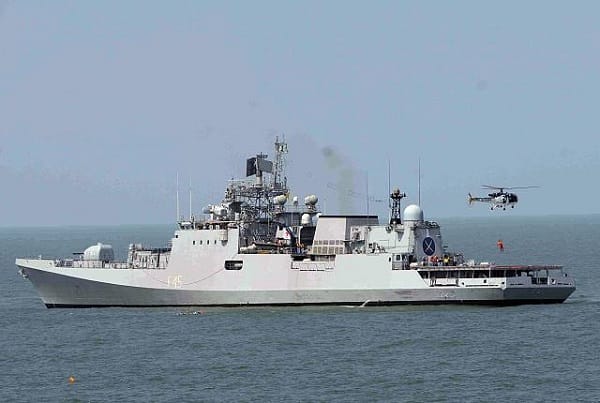 The Indian government has moved to a war footing as warships and fighter jets have moved to the Malacca Strait within striking distance of China.

The Indian military have been given emergency powers to build up their reserves following the brutal hand-to-hand combat that took place on Monday.

The Economic Times in India reported that the Chief of Defence Staff General Bipin Rawat has been ordered to work with the country’s three armed forces in prioritising procurement requirements where necessary.

The newspaper confirmed that the Indian military have now moved Naval warships with heavy firepower along with fighter jets to the Malacca Strait and are free to move anywhere they need to in the Indo-Pacific to counter any Chinese military action.

Sources told the newspaper; the Indian government will now take no chances and are prepared and ready for any further aggression from China.

On Tuesday evening the Indian military confirmed that a total of 20 of their soldiers were killed as 17 of the troops who were in a critical condition have now died.

In a statement, the army said, “Indian troops who were critically injured in the line of duty at stand-off location and exposed to sub-zero temperatures in the high-altitude terrain have succumbed to their injuries, taking the total that were killed in action to 20.

“Indian army is firmly committed to protect the territorial integrity and sovereignty of the nation.”

A government source told Reuters, “They attacked with iron rods, the commanding officer was grievously injured and fell, and when that happened, more soldiers swarmed to the area and attacked with stones.”

Chinese Foreign Ministry spokesman Zhao Lijian told reporters in Beijing, “What’s shocking is that on 15 June, the Indian side severely violated our consensus and twice crossed the border line and provoked and attacked the Chinese forces, causing a violent physical confrontation between the two border forces.

“China is raising strong opposition and stern representations to the Indian side on this.”

He added, “Our border troops had a high-level meeting and reached important consensus on easing the border situation but astonishingly on 15 June the Indian troops seriously violated our consensus and twice crossed the border line for illegal activities and provoked and attacked Chinese personnel which led to serious physical conflict between the two sides and China has lodged strong protest and representation with the Indian side.

“We once again solemnly ask the Indian side to follow our consensus, strictly regulate its front-line troops and do not cross the line, do not stir up troubles or make unilateral moves that may complicate matters.”

Putin tells the Indian Prime Minister that he wants the...