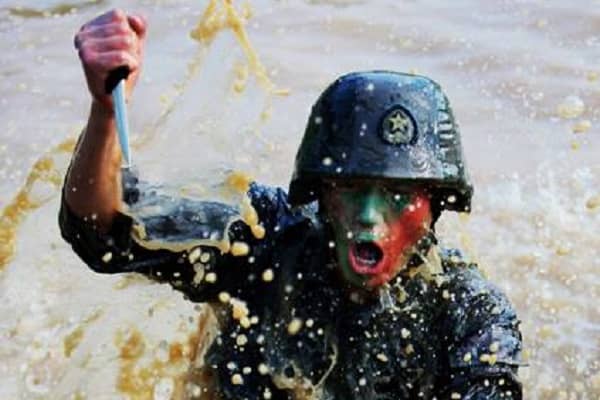 Three Indian soldiers were “beaten to death” in hand-to-hand combat with the Chinese military after the crossed the border in the disputed Galwan Valley.

Senior military officials from both sides are “meeting to defuse the situation” and both sides suffered casualties.

However, China claims they had no casualties, but they blame India for crossing the disputed border line.

The contested border, which is 2,500 miles long, and is known as the Line of Actual Control (LAC) has been the attention of conflict since 1962.

The LAC runs through the disputed Kashmir region and other disputed regions.

The two nuclear powers have seen rising tensions across the border in recent weeks, but no gunfire has been exchanged.

The Indian army said on Tuesday that “no shots were fired” and it was reported the three Indian soldiers “were beaten to death.”

The deaths of the Indian soldiers are the first deaths in 45-years as dozens of Indian and Chinese soldiers exchanged brutal physical fighting.