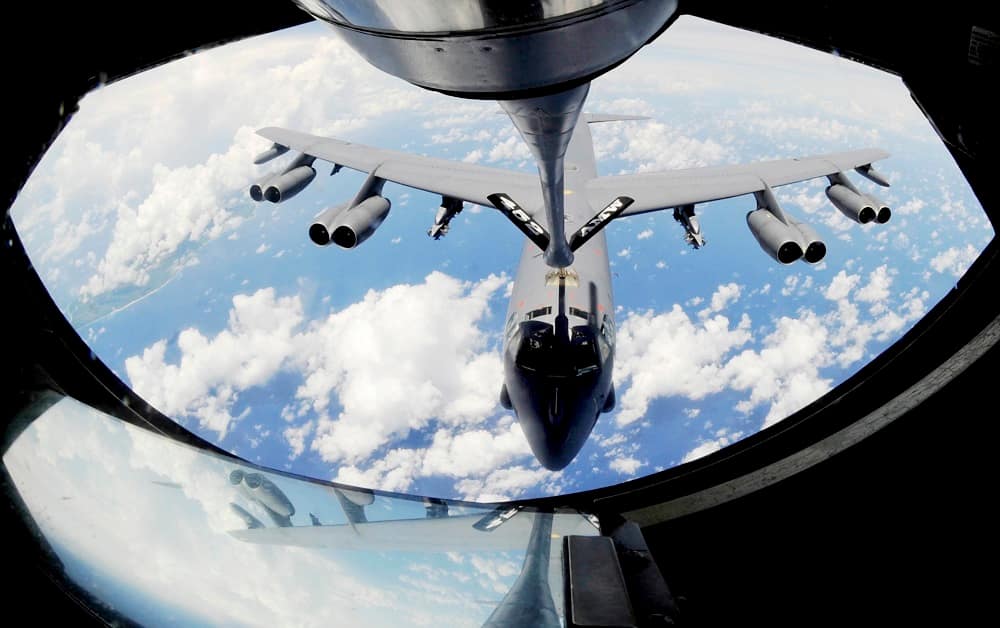 The UK’s nuclear bombers have taken to the skies on Friday and will simulate “tactical nuclear strikes” from Russia in a planned week long series of NATO nuclear readiness exercises.

NATO has told Moscow “we will not be intimidated” by Vladimir Putin’s constant threats of a nuclear strike and the EU’s top diplomat Josep Borrell warned that the Kremlin’s forces would be “annihilated” if they launch any type of a nuclear weapon.

Operation “Steadfast Noon” which is being hosted by Belgium will see 60 planes from 12 NATO countries taking part which will see a total of 60 planes which includes, US B52 nuclear bombers operating in the Atlantic.

Speaking after a two-day meeting with Defence Ministers on Thursday, NATO Secretary General Jens Stoltenberg said, “We will not be intimidated.

“Russia’s nuclear rhetoric is dangerous, reckless, and they know that if they use a nuclear weapon against Ukraine, it will have severe consequences.

“Even the use of a smaller nuclear weapon will be a very serious thing and fundamentally changing the nature of the war in Ukraine.”

He insisted, “Now is the right time to be firm and to be clear that NATO is there to protect and defend all allies.

“This is a long time, planned exercise, actually planned before the invasion of Ukraine.

“It’s a routine exercise, and it’s an exercise to ensure that our nuclear deterrent remains safe, secure, and effective.”

“We are there to preserve peace, to prevent escalation, and prevent any attack on NATO allied countries.

“If we now created the grounds for any misunderstanding or miscalculation in Moscow about our willingness to protect and defend all allies, we would increase the risk of escalation, and that’s the last thing we will do.”