Home Business Insights & Advice How much waste does London produce 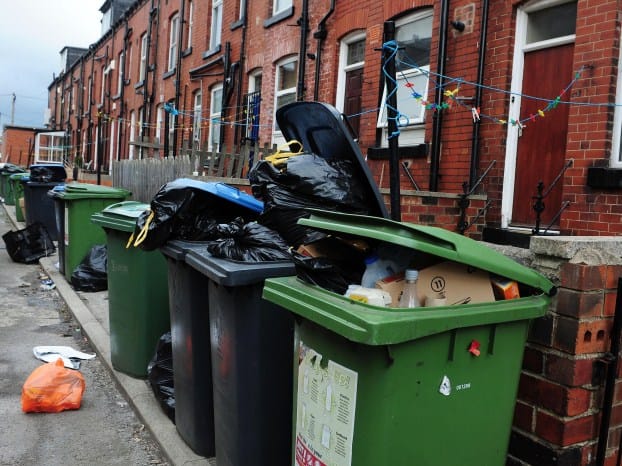 How much waste does London produce

Back in 2017, London mayor Sadiq Khan pledged that the city would send zero biodegradable and recyclable waste to landfill by 2026. As part of this, he also called for 65% of the capital’s municipal waste to be recycled by 2030. But while Londoners are encouraged to recycle as much as possible, the still capital has low recycling rates compared to other UK cities. London’s household rate was 33.4% in 2019, up by 0.3% from 2017/2018. However, in comparison to the national recycling rate of 43.5%, this was well below average.

All of this begs the question: how much waste does London generate, and what happens to it? We answer this for you below.

Waste is anything you decide to throw away or items that are required to be disposed of after use. Household waste, in particular, refers to disposable materials generated in homes, also known as domestic or residual waste. This can consist of both unwanted non-hazardous and hazardous items. Non-hazardous household rubbish includes everything from food scraps and paper — which can be recycled or composted — to plastic and glass bottles. As sustainable recycling experts, Bywaters note: “Glass is one of the easiest things to repurpose, and 100% recyclable”, with this helping to “reduce emissions of harmful gases that are normally produced when it is manufactured. This includes sulphur dioxide, which contributes to climate change, and nitrogen oxide, which is especially bad for health.” Meanwhile, hazardous materials refer to objects like batteries and kitchen cleaning products that could pose a risk to our health and the environment if improperly disposed of after being used.

How much waste does London produce?

London is home to 9.4 million people, so it’s no surprise that the capital generates a colossal amount of waste. But just how much?  In 2016, the city produced 3.7 million tonnes of rubbish, which is enough to fill 1,500+ Olympic-size swimming pools. Unfortunately, this figure is likely to have increased as the population here grows.

It turns out that only 52% of the waste collected from London’s homes, public buildings and businesses every year is recycled. For the city’s waste management services to dispose of all of this waste, local authorities would need to collect an extra million tonnes of it, which is an additional 500,000 trucks worth. With London’s landfills expected to run out by 2026, it’s likely the waste will be sent for incineration. This method produces energy while the emissions created are less harmful as they are filtered to reduce the environmental impact. Composting is also an option. But there are worries that waste will end up in oceans and green spaces when the landfills reach capacity.

What happens to your rubbish?

Your waste is collected by your local council. Each London borough has its own council body operating with different recycling and waste policies — this means that some boroughs might not accept certain items while others will. The Green Party told the BBC that: “It’s hard to know what to do with your rubbish in London. You can recycle bike tyres in Bexley, but not Brent, and Hackney recycles foil but Hammersmith doesn’t.” Proper waste facilities differ across the city too. For example, in areas of high-rise, high-density housing and mixed-use developments, recycling rates are half of what low-rise buildings achieve.

Once collected, rubbish is transported to a nearby waste management facility to be organised. After being separated into individual waste streams, the appropriate action is then taken. For example, 96% of West London’s rubbish is sent to generate energy for the National Grid at an Energy from Waste facility —  either the one located near Heathrow Airport or in Bristol. This is a primary alternative to landfill. However, a report from 2018 found that a lot of recyclable materials end up being incinerated incorrectly, with items such as plastic creating a potential health hazard when burned.

Your mixed dry recycling, such as paper, cardboard, cans and plastic is reused to make new products. Anything that can’t be repurposed is either sent to incineration or landfill. Meanwhile, materials such as glass are crushed and treated to be moulded or blown into new bottles or jars.