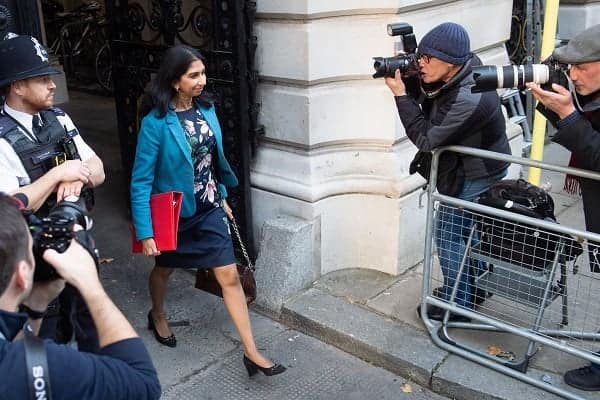 On Wednesday the Public and Commercial Services (PCS) union announced there will be a series of Border Force strikes over Christmas over pay, jobs and conditions.

Tens of thousands of rail workers are on strike affecting travel and now Border Force are set to strike at airports across the UK which will affect thousands of flights for the annual Christmas getaway.

Heathrow, Gatwick, Birmingham Airport, Cardiff Airport, Glasgow, Manchester and the Port of Newhaven will all strike on the 23, 26, 28 and 31 December.

Mark Serwotka, general secretary of the PCS union, said “this is a crisis” and that 40,000 workers “have no option” but to strike as they are using food banks.

The Home Secretary Suella Braverman is urging people to rethink their Christmas getaways and warned of “undeniable, serious disruption” for thousands of people if the strikes go ahead at UK airports.

Braverman  said in an interview with broadcasters, “It’s very regrettable that they have made this decision to potentially strike over critical times in the run up and following Christmas and the New Year.

“If they go ahead with those strikes there will be undeniable, serious disruption caused to many thousands of people who have holiday plans.

“I really want to urge people who have got plans to travel abroad to think carefully about their plans because they may well be impacted.

“We’ve got plans in place that will involve, to a degree, bringing in some of our military colleagues to help us in a variety of roles.

“Ultimately, I’m not willing to compromise on security at the border, that’s the number one priority.

“That may well have an adverse impact on convenience for people, frankly, whether it’s the time they have to wait for flights, or departures, they may well be delayed on arrivals and various travel plans. Ultimately, security at the border is my number one non-negotiable priority.”

The union chief added, “This is a crisis. We have tried for months to negotiate with the government and we have been ignored.

“We keep being told the government has an open door, but there is no point the door being open if there is nothing behind that door.”