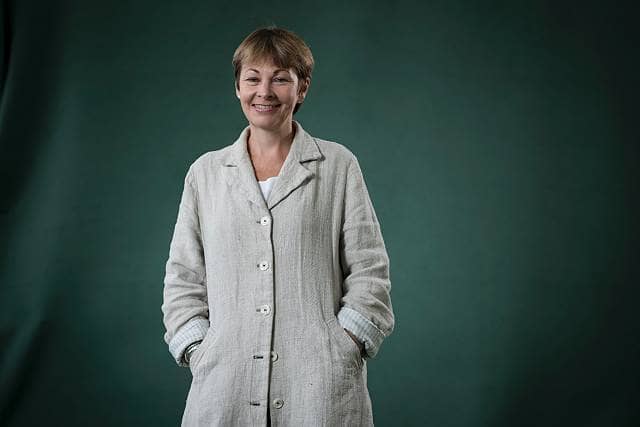 Caroline Lucas MP has branded Tony Blair a liar saying damning revelations from the Chilcot report show that Blair and his colleagues “lied” to the public about their reasons for going to war.

Caroline Lucas MP said: “Chilcot’s report is damning for Blair, his cabinet and all those MPs who voted to take this country into an illegal and immoral war in Iraq. Iraqis continue to pay the price for an invasion that took place long before other options for a peaceful resolution were explored.

“This report confirms the series of serious failures that led to this disastrous war. We know for sure that Government Ministers, including Tony Blair, lied to the public about their reasons for going to war. He said he would support George Bush ‘whatever’ eight months before the war – and thousands of lives were lost because he stuck to that promise despite the evidence in front of him.

“This report confirms that Blair had indeed decided to back the Iraq war far earlier than he has previously admitted. His claim that it was a war solely to eradicate WMDs is now in tatters. Blair knew he would never have garnered enough support for regime change, so he lied to Parliament and the Public to invade Iraq.

“We can now see the consequences of this horrific war: many thousands of civilians dead, hundreds of British troops killed and injured and continued civil wars raging across the Middle East.

Lucas went on to say that we shouldn’t have needed this report in the first place and that MPs should’ve voted against war.

“Ultimately we should have never needed this report because MPs should have taken note of the clear evidence presented to them and voted against the war. There’s no doubt that Tony Blair should take much of the responsibility for this disaster – but every MP who closed their ears and eyes to the facts and voted for the war should now publicly apologise.

“411 MPs walked through the lobbies to vote alongside Blair for the Iraq war – and both parties need to take responsibility for that. The Prime Minister is the only leader in Westminster to have voted for the war and he should apologise in full for doing so.

“Parliamentary and constitutional failures are a constant feature in this report. The relevent checks and balances were not in place and we need to urgently explore how we can better hold the executive to account in this country.

“Moving forward from today it’s crucial that we learn lessons. That’s why I’m demanding that the Prime Minister today joins me in calling for all future votes on military intervention to be unwhipped – so MPs use the facts and their conscience as their guide rather than threats from their party machinery.