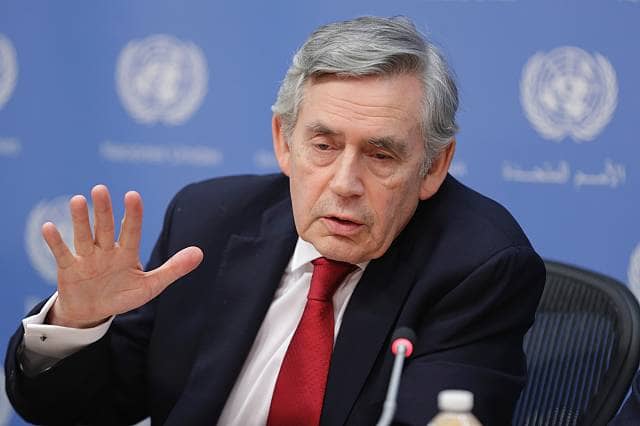 The former Labour prime minister, Gordon Brown has said the UK was previously admired around the world for being inclusive and outward looking is now creating a picture of intolerance, introversion and division.

Brown wrote in the Observer’s opinion column, that in the three weeks Boris Johnson has been at the helm, “English nationalism is on the rise, the Conservative and Unionist party has been reincarnated as the Conservative and Brexit party [and] unionism appears to be sleepwalking into oblivion.”

The former leader added that the UK has sacrificed common sense to pursue a dogmatic abandonment for its own interests.

He said that nationalism is tearing the UK apart and the UK is driving toward “an unprecedented economic calamity precipitated by a no-deal exit from the EU.”

Brown wrote that despite Johnson’s recent visits across the UK, this has done nothing to dispel the impression that under him as prime minister, the world’s most successful multinational state “is devoid of a unifying purpose powerful enough to hold it together and to keep four nationalisms, Scottish, Irish, English and also a rising Welsh nationalism at bay.”

Brown hit out at the SNP and accused them of peddling a progressive, pro-European Scottish nationalism. He added that thousands of jobs will be at risk should Scotland wins a vote of independence and leaves the UK.

He said the inclusive outward looking Britishness of ideals, “could not survive the divisiveness and chaos of a no-deal Brexit.”

The only way to prevent dysfunctional nationalism rising, is by in “the first step is to stop no deal in its tracks.”