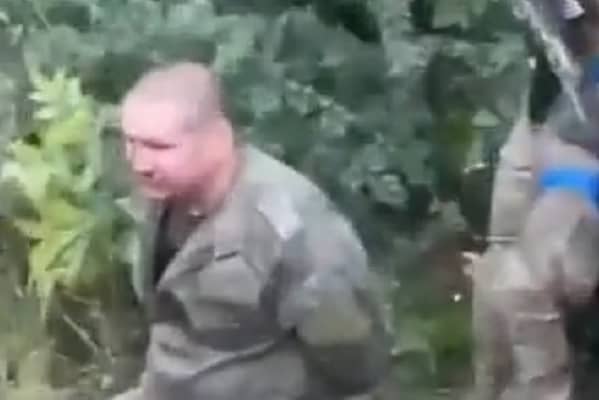 Ukraniian troops are gathering momentum and Vladimir Putin is suffering with yet another crushing blow as President Volodymyr Zelensky has reported they have captured a very senior Russian officer.

There is much speculation circulating that Lieutenant General Andrei Sychevoi is thought to be the most senior Russian officer to have been captured since World War Two.

During the Ukraine’s counteroffensive on the Kharkiv front the General was captured with other soldiers who are on their knees handcuffed and being asked questions, images show.

“He was assumed to be a local commander – he was, in fact, Lieutenant General Andrei Sychevoi, General in command RU’s ‘West’ Group.

“Sychevoi is the most senior Russian officer captured since WWII.”

Nexta TV tweeted: “It seems that the Armed Forces of Ukraine captured not the usual ‘lieutenant colonel’, but the commander of the ‘West’ grouping, Colonel General Andrey Sychevoi.”

People on Twitter haven't really begun thinking through the implications of the capture of Russian Lieutenant General Andrei Sychevoi.

If Ukraine got him, they overran his headquarters and all the paper & electronic records held there…intact.