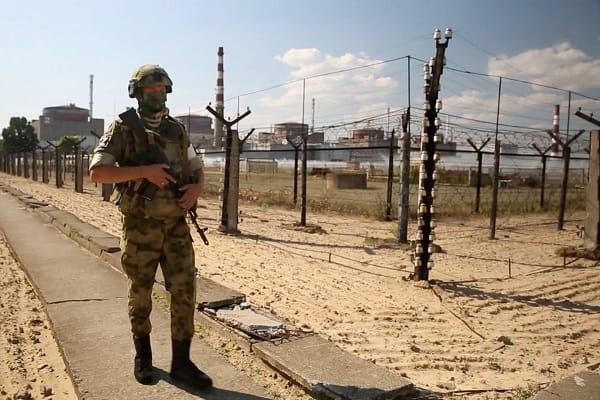 A former Colonel of the British Army who headed up a chemical weapons unit has warned that Vladimir Putin could do the “unbelievable.”

Colonel Hamish De Bretton-Gordon OBE who is the former head of the British Army’s chemical weapons unit, told Sky News that the recent talk “about dirty bombs” is the most “important area” to focus on.

Putin has previously warned that he will “switch of the lights” in Ukraine and “turn off the heating,” which he has done.

Speaking to Sky News Niall Paterson he said, “It would be unbelievable for Putin to use tactical nuclear weapons.

“However, Putin keeps doing the unbelievable.

“So, I don’t think we can assume away the fact that he won’t use these sort of weapons. After all, he appointed Sergei Surovikin – General Armageddon, as he’s known – who I saw very close up in Syria over the last few years.”

De Bretton-Gordon added, “The talk recently about dirty bombs really is the most important area for us to focus on, because Putin has said he’s going to switch the lights out, and turn off the heating in Ukraine, and all the attacks over the last few days have really reinforced that.

“But at the beginning of this war, 60% of that electricity and heat came from nuclear.

“Only on Monday did the Russians claim that Ukraine’s forces had blown up a land mine in Zaporizhzhia, the largest nuclear power station in Europe. Which is ridiculous, because the Russians run it.

“I’m really concerned that the Russians are losing this war, and Putin cannot afford to lose it.

“The biggest threat I think is further turning off of the power and turning off nuclear power stations which Putin has said he’ll do.

“To do that, he needs to blow them up or set them on fire.”

On Wednesday Ukraine has suffered power outages across nine regions including Kyiv and they have been enforced to “balance” the power systems and each of the cities have their own “shutdown schedule.”

Tymoshenko of the President Volodymyr Zelensky’s office wrote, “The consumption limits are necessary to reduce the load on the grids, ensure the balancing of the power system and avoid repeated accidents after the power grids were damaged by rocket attacks and drone attacks by Russian terrorists.”