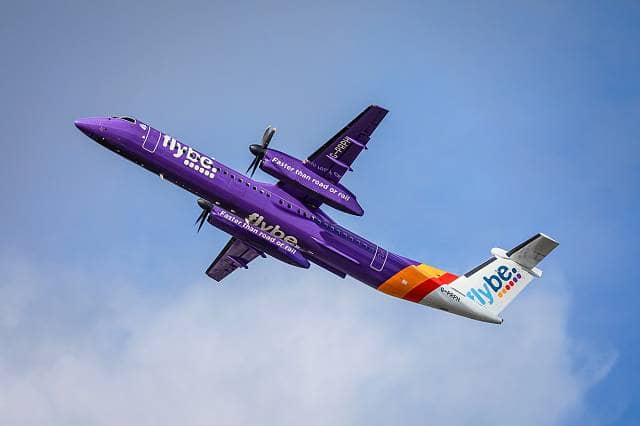 Flybe faces collapse: What to do if rescue attempts fail

Passenger uncertainty is currently in the air as British airline Flybe faces imminent collapse. If not saved, many will face the harsh reality of an airline going into liquidation, with travel plans thrown into chaos, people stranded, jobs lost and an estimated millions of pounds in compensation unable to be claimed.

Specialist flight delay compensation law firm Bott and Co lays out what protection and rights passengers have should the worst happen after receiving a number of queries from passengers with existing Flybe flight delay claims.

Without scaremongering, it is advisable that anyone with a scheduled Flybe flight should look into alternative flights and have an idea of how much these will cost.

It has been reported that the government is on alert and this should provide passengers who are already abroad and due to travel home with Flybe with some comfort.

The government would work on assisting those stranded abroad in getting home in an operation similar to Operation Matterhorn, which was a peacetime repatriation which was used to bring more than 150,000 Thomas Cook passengers back to the UK after their collapse in 2019.

There’s good news for any passengers that booked a package holiday through a UK travel agent, as all firms selling air travel holidays are legally bound to hold an ATOL protection scheme.

Anyone with flights as part of a package holiday are advised to contact the travel firm they booked with and to check if their holiday was ATOL protected. Their travel firm will be responsible for arranging alternative flights or providing a full refund.

Section 75 of the Consumer Credit Act

Many may not be aware that if they have paid for their flights with a credit card, they may be able to recover their money, in full, under the Consumer Credit Act using Section 75.

For flights which cost less than £100 or were paid for using a debit card, the Visa/MasterCard/Amex ‘chargeback’ system can potentially be used to recover the money paid.

In reality, people who are currently in the process of claiming compensation for a flight delay, cancellation or denied boarding are unlikely to receive it. Compensation claims falls to the bottom of the pile when an airline collapses, with money to secured creditors and airline staff coming first.

Bott and Co are currently acting on behalf of 1,350 Flybe passengers for flight delay compensation, with more than 600 of these at court. We will continue to monitor the situation and will keep all of our clients updated.