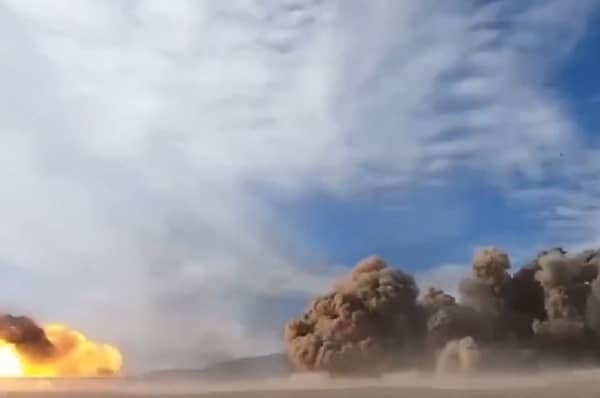 A US think tank believes that Vladimir Putin could be preparing for a “false flag” operation in Kherson on the Kakhovka hydroelectric power plant.

The Institute for the Study of War (ISW) warned that Moscow could be planning to breach “the dam” which “could cover their retreat from the right bank of the Dnipro river.”

ISW added, this could also “prevent or delay Ukrainian advances across the river.”

In a statement the ISW said that on Tuesday they had “received information that Kyiv intends to strike the dam” at the power plant.

The Kremlin said that this would “cause destructive flooding” in Kherson.

The ISW added, “Russian authorities likely intend these warnings about a purported Ukrainian strike on the Kakhovka HPP to set information conditions for Russian forces to damage the dam and blame Ukraine for the subsequent damage and loss of life, all while using the resulting floods to cover their own retreat further south into Kherson.

“The Kremlin could attempt to leverage such a false flag attack to overshadow the news of a third humiliating retreat for Russian forces, this time from western Kherson.

“Such an attack would also further the false Russian information operation portraying Ukraine as a terrorist state that deliberately targets civilians.”

The ISW claims that Russia is using the “evacuations” of more than 60,000 civillians to “cover for the mass forced removal of civilians from Russian-occupied areas of Ukraine.”

This comes as Russia ordered the “the fastest possible evacuation” of “60,000” residents in the strategic city of Kherson on Wednesday.

Kirill Stremousov, the Russian-backed deputy administrator for the region, said on Tuesday night, Ukrainian forces “will shortly begin an offensive against the city of Kherson.”

He warned on Telegram, “I ask you to take my words seriously and take them to mean: the fastest possible evacuation.”

He added, “In the very near future, the battle for Kherson will begin.”

On Wednesday morning Stremousov again stressed to residents, “Move as fast as possible, please, to the left bank.”

Ukrainian forces have been advancing south along the Dnipro River in their counteroffensive pushing back Russian troops.

Vladimir Saldo, the Kherson region’s Russian-appointed governor, also told residents who live in the West Bank of Dnipro are most at risk.

Saldo said to evacuate the Black Sea port city will take six days and they will relocate Ukrainians to Russia, he added, that around 60,000 residents will be “evacuated.”

Speaking to state TV Russian General Sergey Surovikin said, the “Russian army will above all ensure the safe evacuation of the population.”

On Tuesday the Kremlin has warned that the annexed regions in Ukraine are “inalienable” parts of the Russian Federation and they are all “protected” with nuclear weapons.