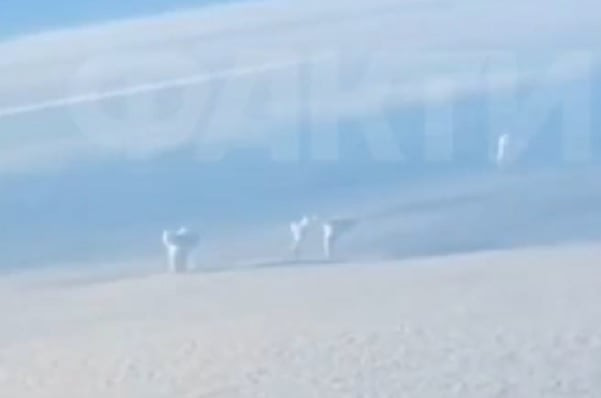 Ukraine has come under a “massive missile attack” on Friday morning and “more than 40 rockets” were fired at Kyiv which is “one of the war’s most intense attacks” to date.

A spokesperson for the Kyiv Military Administration, Mykhailo Shamanov said 37 of these rockets were shot down, and those that had got through hit energy infrastructure.

A defence reporter for the Kyiv Independent, Illia Ponomarenko, said that this as “one of the war’s most intense attacks so far” the capital has seen.

The country’s Energy Minister, Herman Halushchenko, said that nine power facilities were damaged in the attack, which has caused Ukraine to lose more than half of their energy capacity.

The mayor of Kharkiv Igor Terekhov said there was “colossal” damage to critical infrastructure and said that engineers are trying to prepare the damage.

He said, please be “patient” and “I know that there is no light in your houses, no heating, no water supply.”

The Russian missile attacks was seen from a plane flying over Moldova which showed the explosions and thick clouds of smoke rising above the clouds.

The whole world must see it❗️💥

These are explosions in Ukraine from a plane window in Moldova.