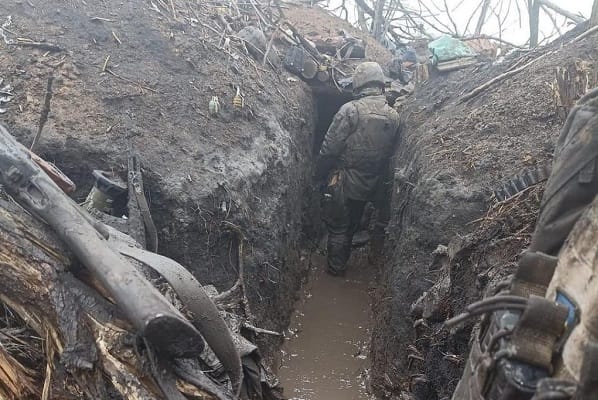 The Ukrainian defence intelligence agency has reported that Russian troops in Crimea are preparing for a “landing of Ukrainian troops.”

The Russian’s have built “minefields” in the Saki region which was attacked a few months ago which saw an airbase attacked which saw Russian holidaymakers flee in terror.

The government in Kyiv warned in October that by spring 2023 Ukrainian forces will be in Crimea which was annexed and been occupied since 2014.

Ukraine’s Main Intelligence Directorate said, “The occupiers in the temporarily occupied Crimea are getting ready to meet a landing of Ukrainian troops.

“Along the coast near Molochne village (Saki region) minefields and trenches have been put in place.”

They also reported that Russians have put in place “dragons teeth” barriers which are substantial obstacles designed to slow down heavy vehicles, which are pyramidal concrete blocks.

In November an intelligence assessment said, “Dragon’s teeth have likely been installed between Mariupol and Nikolske village; and from northern Mariupol to Staryi Krym village.

“Dragon’s teeth have additionally been sent for the preparation of defensive fortifications in occupied Zaporizhzhia and Kherson.

“This activity suggests Russia is making a significant effort to prepare defences in depth behind their current frontline, likely to forestall any rapid Ukrainian advances in the event of breakthroughs.”

Retired Australian general Mick Ryan had previsously said, “First, the construction on these obstacle belts demonstrates the political importance of the areas where they are being installed.

“An important point to note is that given the coming influx into Ukraine of large numbers of poorly trained, recently mobilised troops, the Russians probably believe they can substitute training for physical obstacles on the battlefield.

“The big question in Ukraine is whether these obstacles have been designed and placed primarily for their military effect, or if they are purely there for a political narrative back in Russia.”