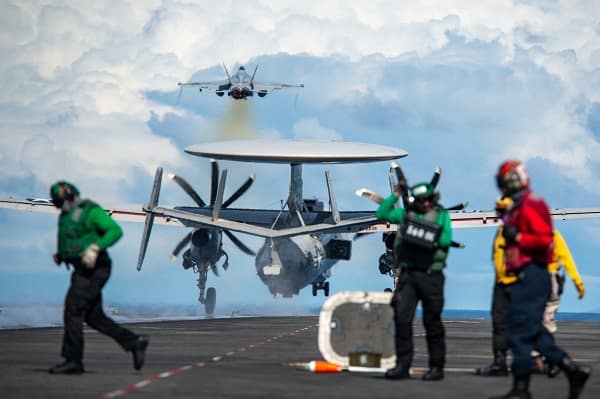 A defence expert has warned that China’s live firing military drills and their infringement in Taiwanese waters “is an act of war” as Biejing has violated Taiwan’s “country’s territorial sovereignty.”

Arthur Zhin-Sheng Wang, a defence studies expert at Taiwan’s Central Police University, said that China has infringed three of the areas within Taiwanese waters, meaning the Chinese Navy are within 12 nautical miles of shore.

Wang said that by China using live fire in the country’s territorial airspace or waters is risky, he added, that “according to international rules of engagement, this can possibly be seen as an act of war.”

Retired Air-Vice Marshall Sean Bell warned that this is “enormous sabre-rattling” as the tensions remain on a knife edge.

He told Sky News, According to China there are six areas where they are conducting live military operations all around Taiwan – and according to the Taiwanese, they’ve seen the Chinese aircraft operating out to the west.

“This is enormous sabre-rattling.”

Germany are calling for a “de-escalation in Taiwan Strait” over the growing tensions between China and the US following Nacy Pelosi’s controversial trip to Taipei.

A German Foreign Ministry spokesperson said that Berlin are “striving for de-escalation” and that they support the “One China” policy.

The Chinese military exercises, which will include live fire, will begin on Thursday and it will be the largest aimed at Taiwan since 1995.

The US House of Representatives Speaker has now left Taiwan and China’s Foreign Minister Wang Yi who looked angry called the situation a “complete farce.”

Yi furiously wagging his finger said that the US has violated “China’s sovereignty” and accused Taiwan of “rising on the US’s coat tails.”

The Foreign Minister added, “the perverse actions would not alter… the historical trend that Taiwan will return to the motherland.”

Another Chinese official warned the White House, “Those who play with fire will perish by it and those who offend China will be punished.”

Moscow has waded in to the situation and warned that the world is now closer to world war and accused Pelosi’s visit to Taiwan as “provocation.”

The Kremlin’s spokesman Dmitry Peskov warned that the level of tension which the US has provoked by Pelosi’s visit to Taipei “should not be underestimated.”

Peskov told reporters that there are no planned visits between President Vladimir Putin and Chinese leader Xi Jinping over Pelosi’s visit.