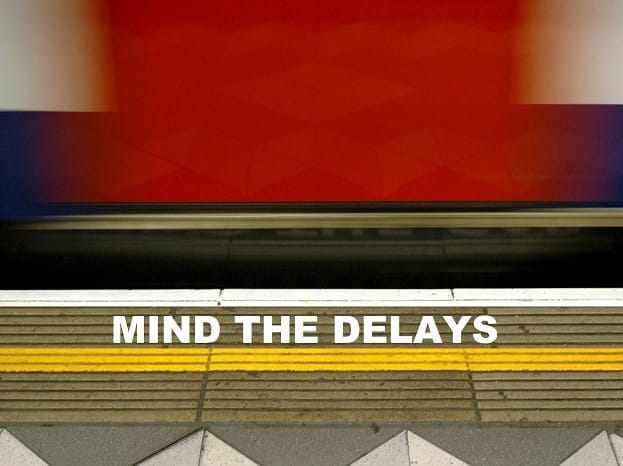 Londoners have lost almost 15 million hours – the equivalent of some 1,593 years – because of Tube delays this year.

The new figures come from a Freedom of Information request by LondonlovesBusiness.com.

We can also reveal that between 1 January 2013 and 13 September 2013, the Central Line was the worst Tube line for delays, racking up almost 2.4 million hours in “lost customer hours”.

At number two was the Jubilee line with over 2.3 million hours in lost customer hours.

The Victoria line and District line came in at the third and the fourth place for worst Tube lines, with over 1.7 million hours and 1.6 million hours wasted respectively.

Hence an incident at Oxford Circus during a weekday peak will give rise to a much higher LCH value than an incident of the same duration in Zone 6 on a Sunday morning as the delay is multiplied by the estimated number of passengers.

Jonathan Isaby, political director of the TaxPayers’ Alliance, said: “Huge damage is done to the economy by the time people waste on Tube platforms or stationary trains due to delays. The millions of hours lost to Tube delays every year are not only causing inconvenience and hassle to those directly affected, but end up hitting all taxpayers.

“It is reassuring that delays have been reduced in recent years, but London Underground bosses cannot afford to be complacent and must work to reduce the figure further.”

Caroline Pidgeon AM, leader of the Liberal Democrat London Assembly Group, said: “The one thing that is definitely on schedule is that London will see 20 million lost customer hours on the Tube by the end of the year.

“While this figure might be an improvement on the appalling previous years’ figures it is still a staggering waste of time for hard pressed passengers.

“The Mayor should put real effort into reducing the level of delays on the Tube rather than boasting about its current performance.”