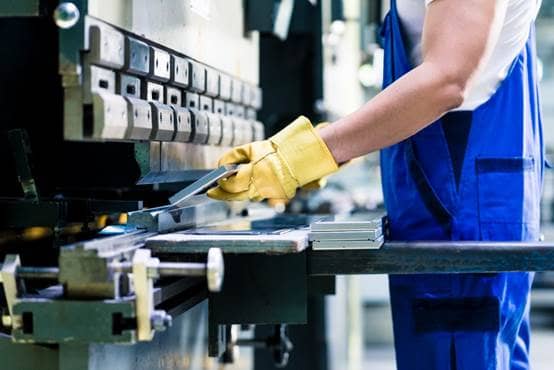 Eurozone manufacturing industry at a six-year high and still growing

Here is the report

Final PMI figures were posted at 56.2 in March 2017, a considerable rise from February’s results at 55.4 and demonstrating remarkable growth since January’s figure of 55.2. This month’s report shows the fastest growth in manufacturing production and new orders for six years, as manufacturers gained more work from both within and outside the Eurozone. However, the threat of inflation and increasing cost pressures remain.

The most growth was seen in Germany, Austria and the Netherlands, while Italy and France also reported good results, with a faster pace of expansion. Spain and Ireland saw a slowing of growth in the latest report, as Greece’s woes continue, reflected in their poor performance.

Price pressures still an issue for the industry:
Price pressures are still high as we move into April, still rising at a similar rate to the close to six-year highs we saw in February. This has caused a dramatic increase in prices at the factory gate, again, rising the fastest for almost six years.

The fluctuations in the rate of the Euro against its major trading partners and the increasing price of commodities were cited as the key reasons for increasing costs and pricing pressures.

The report also noted better seller pricing power and its contribution to rising costs throughout March.

Vendor delivery times a key indicator for the health of the industry grew longer once again in March, the biggest difference seen for nearly six years. This has meant vendors increasing their prices.

Jobs growth continues, although slower in some regions:

In March, there was improvement in jobs growth in Germany, Austria, Italy and Ireland, with slower increases noted in Spain and the Netherlands. This time around, France only saw small levels of employment growth.

“All the pieces of the puzzle seem to be in place to engender growth, such as more new orders coming through, increasing output, exports increasing and growth in employment. These levels are running at six-year highs, which bodes well for the Eurozone’s manufacturing sector.”

“However, while it’s great to see this continued boost in performance, there are warning signs for the industry in the form of inflationary pressures and lagging vendor delivery times both key elements to keep the European manufacturing industry growing and increasing in productivity.”

“Markets will be keeping a close eye on these indicators and how the volatile exchange rates are affecting the industry’s performance, which reflects the health of the wider economy.”

“There are plenty of good stories across the Eurozone, including increased production and increased job creation, which now stands at a six-year high. Purchasing costs are still a concern, with the average vendor delivery times lengthening and inflationary pressures are as prevalent as always.”