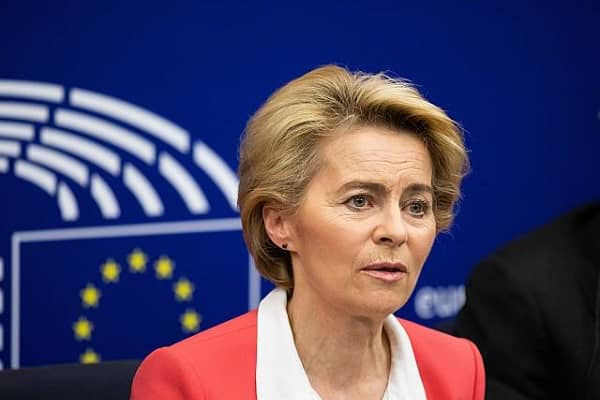 The EU have been warned by Prime Minister Boris Johnson deliver a deal now or never, as there is “no point” to continue negotiations past the summer.

Johnson held talks on Monday with Ursula von der Leyen the EU’s Commission President to attempt to get some momentum going in the talks.

Johnson said afterwards, “I certainly don’t want to see it going on until the autumn/winter as perhaps in Brussels they would like. I don’t see any point in that.”

In a joint statement published on the EU website read, “The Parties agreed that new momentum was required.

“They supported the plans agreed by Chief Negotiators to intensify the talks in July and to create the most conducive conditions for concluding and ratifying a deal before the end of 2020.

“This should include, if possible, finding an early understanding on the principles underlying any agreement.

“The Parties underlined their intention to work hard to deliver a relationship, which would work in the interests of the citizens of the Union and of the United Kingdom.

“They also confirmed their commitment to the full and timely implementation of the Withdrawal Agreement.”

French former Europe Minister Nathalie Loiseau told BBC Radio 4’s Today programme, “We are ready either for an agreement or for a no-deal and we are getting prepared more actively for a no-deal considering the circumstances.

“We believe it is possible to have an agreement – it has to be ready in October so that parliaments on both sides can ratify it.

“We believe it is possible because we have the political declaration which we negotiated together, signed together and should respect together so, yes, the framework is here.”