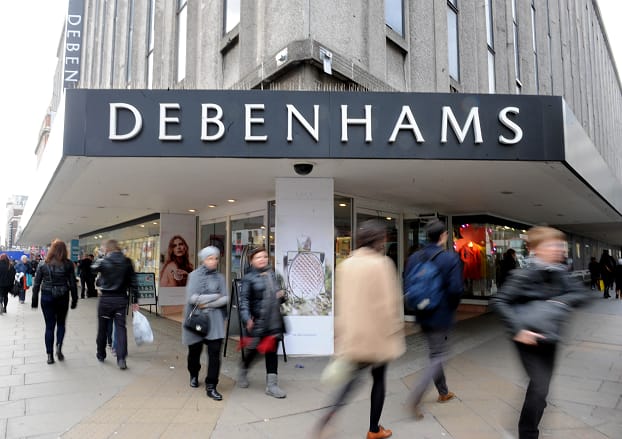 Debenhams plans for liquidation with 14,000 jobs at risk

The 242-year old department store Debenhams are working on plans for liquidations and have drafted in Hilco Capital who specialise in winding down retail businesses.

According to Sky News Hilco Capital role has been described as “contingency planning” as they attempt to secure the retailers future ahead of Christmas shopping period.

Debenhams want to agree a sales process by the end of September, but analysts believe it is unlikely a buyer will come forward.

The department store entered administration in April as revenues halted amid the pandemic. Debenhams employs around 14,000 workers and have more than 120 stores. The retailer have cut more than 4,000 jobs since coronavirus hit the UK.

In a statement this weekend, a spokesman for the department store chain said: “Debenhams is trading strongly, with 124 stores reopened and a healthy cash position.

“As a result, and as previously stated, the administrators of Debenhams Retail Ltd have initiated a process to assess ways for the business to exit its protective administration.

“The administrators have appointed advisors to help them assess the full range of possible outcomes which include the current owners retaining the business, potential new joint venture arrangements (with existing and potential new investors) or a sale to a third party.”

According to an insider, Debenhams does not need to borrow money as the company performed better than expectations since most store reopened in June.