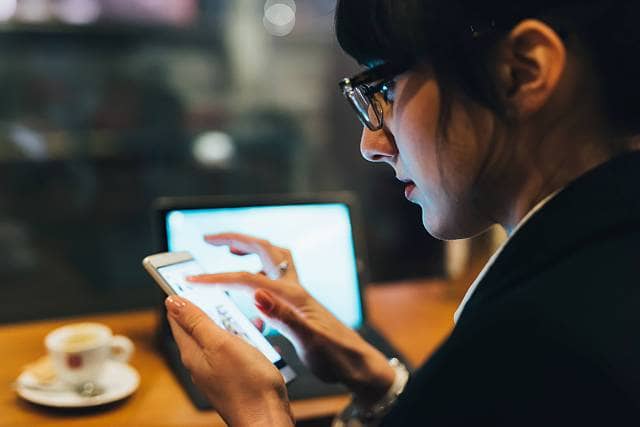 Millions of British households are underinsuring expensive gadgets and devices outside the home despite the average family possessing more than £3,600 worth of tech.

Whether it’s to keep the kids entertained, stream music or do the weekly shopping, the UK today relies on multiple gadgets to support normal family life – both indoors and outdoors. But a poll from Nationwide Home Insurance reveals that one in four have no cover at all beyond their doorstep, leaving them at risk of being significantly out of pocket should they break or lose their phones, tablets and laptops.

With mobile phones and tablets increasingly replacing standalone gadgets such as MP3 players and televisions, it is perhaps no surprise that claims to replace lost or damaged mobile phones have increased to account for just over a third (37 per cent) of all technology claims made through Nationwide in recent years.

With October half term fast approaching, the survey of 1,000 UK parents reveals that only one in six (16 per cent) know that all their family gadgets are insured outside the home through their home insurance policy. However, a quarter (24 per cent) of respondents admit to having no insurance cover for tech away from home, while a third (35 per cent) don’t know whether or how much cover they have. Just one in ten have more than £1,000 cover to protect all the family’s gadgets – less than a third of the average family’s tech tally.

Nationwide’s Head of Insurance, Rob Angus, comments: “The theft, loss or damage of often expensive gadgets can really ruin your day, but the situation is made even worse if you’re not insured to replace them. Checking that you have adequate cover for personal possessions should be a no brainer.

“Often people underestimate the cost of technology items they own. For example, where someone buys a new smartphone as part of a contract deal, getting the handset at a vastly discounted price, but either forgets to insure it or fails to take into account the actual value of replacing it within their home insurance policy. With the cost of mobile phones regularly topping £500, some could be left significantly short-changed if they need to claim”.