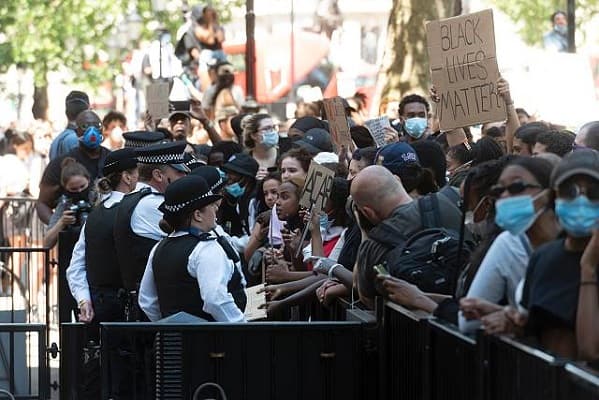 Black Lives Matter protests have been cancelled this weekend after many alleged threats by “many hate groups.”

Organisers of the protests said they must postpone due to the safety of thousands who are planning to attend Hyde Park.

Black Lives Matter organisers in London said, “We want the protests to be a safe space for people to attend.

“However, we don’t think it will be possible with people like them present.”

The Democratic Football Lads Alliance called (DFLA) have called on their supporters to protect key statues and monuments in London.

The Mayor of London said, “It is clear that the majority of the protesters have been peaceful. This moment must be a catalyst for systemic, lasting change to tackle the racism and inequalities that black people still face today, in this country and elsewhere.”

Khan added, “However, I’m extremely concerned that further protests in central London not only risk spreading Covid-19, but could lead to disorder, vandalism and violence.

“Extreme far-right groups who advocate hatred and division are planning counter-protests, which means that the risk of disorder is high.”