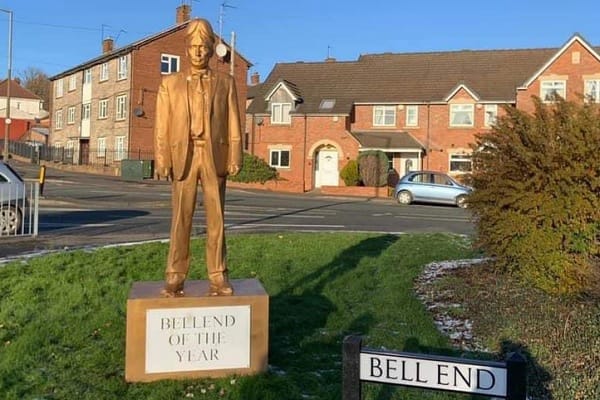 In the village of Bell End in Worcestershire a penis headed statue has been unveiled and Vladimir Putin has been branded “Bellend of the year.”

People who live in the village and passerby can throw eggs at the Russian tyrant’s penis headed statue.

The unnamed organiser said, “I needed to award somebody with the Bellend of the Year award and I thought there was one person who has universally been a bellend this year – and that’s Vladimir Putin.

“You could just throw eggs at the statue, which people did so willingly and quite happily.”

The organiser added that they are planning to create smaller statues of Putin’s penis headed statue to raise money for charity to support Ukrainian refugees.

The organiser said, “I’ve seen over the course of the year the devastation that has happened in Ukraine and that so many lives that have been displaced as a result of the war.