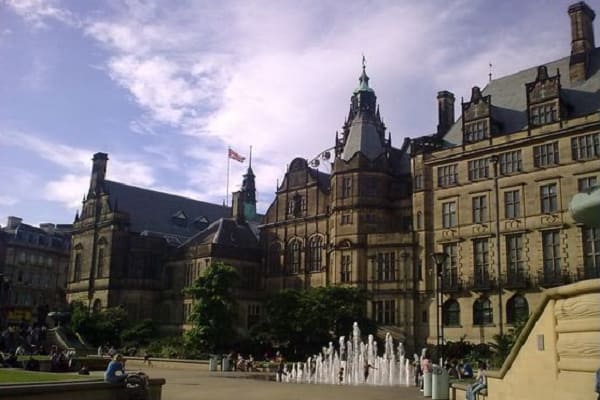 In the latest in a series of city property investment guides, the experts at Aspen Woolf explore how Sheffield is fast becoming an investment hotspot and why now is the best time to get involved.

The city of Sheffield has completely transformed over the past 10 years. Investors from all around the world are ploughing money into developments of all descriptions. One look at the skyline of the historic city compared with a decade ago shows just how much it is changing.

This transformation looks set to continue into the years ahead. In May 2019, the Sheffield City Region (SCR) made a vital breakthrough in its devolution deal with the Government. After 18 months of stalemate, the Secretary of State agreed that resources will be ‘unlocked’. This means £1.3 billion is going directly into the local economy over the next three decades, allowing the SCR to make key decisions regarding housing, transport, business growth and infrastructure.

Sheffield – a city with a strong heritage and a bright future

Sheffield was home to Henry Bessemer, who is credited with inventing the technique for making steel in 1856 that established the city as a major industrial heartland. Today, engineering and steel are still important industries, but now work alongside a strong and growing professional services sector. Sheffield boasts thriving financial, legal, telecoms, health and education, and tech industries.

The shift towards newer technology industries also offers great opportunities for property investors. For example, the Advanced Manufacturing Park (AMP), boasts Enterprise Zone status. This flagship development is home to some of the biggest manufacturers in the world, including Boeing, McLaren Automotive and Rolls Royce. It’s part of a vision to reintroduce advanced manufacturing in an area that has seen the loss of traditional coal and steel industries over recent decades. Technology being developed at AMP is already being used in cutting-edge projects across the globe.

Property investment in Sheffield – opportunities being boosted by high demand

Along with the surge in tech development, the city centre is undergoing its own regeneration. The second part of its Heart of the City scheme is well underway, with £470 million going into grade A office space, urban living accommodation, retail units, leisure facilities and two brand-new hotels. This is just one of a number of major city centre developments that are completely revolutionising Sheffield.

Perhaps unsurprisingly, given all of this activity, Sheffield is also one of the fastest growing cities in the UK. The population of Sheffield is at least 575,400 people (2016 figures), with forecasts claiming by 2039 an increase of approximately 100,000. The wider SCR has almost 1.8 million people, and they all need housing. All of this is good news for property developers. In addition to people moving to Sheffield for work opportunities, there are approximately 65,000 students at any one time.

Around 10% of the city’s population are students, centring around the University of Sheffield campus in the city centre and Sheffield Hallam University around two miles away. There are various areas around the city ideal for buy-to-let property investment to accommodate students and young professionals. These include the city centre itself, Broomhill, Crookesmoor, Darnall, Heely, Hillsborough, Millhouses, Ranmoor, Walkley and Woodseats.

Sheffield recently topped a list of the UK cities that need more student accommodation. The two universities provide 11,268 bedrooms for more than 46,890 full-time students. That’s more than 75% needing accommodation in the private rented sector. Urban buy-to-let developments like Cornwall Works in Sheffield are answering this demand for private rental property. Located in the trendy Kelham Island Quarter of the city, it offers 48 studio flats and 1 bed flats, with an assured NET rental yield of 8%.

Located just on the edge of the Peak District National Park, Sheffield is one of the greener cities in the UK. With numerous parks and, some say, more trees than other cities, Sheffield boasts plenty of buy-to-let property in sought after areas. The M1 is nearby, linking the city to the country’s motorway, and there is a comprehensive tram system in SCR too.

Talking of transport, Sheffield will be connected to HS2, which will mean journey times to and from London of just 87 minutes. Early plans are also being discussed for a brand-new road between Sheffield and Manchester. This may include a trans-Pennine tunnel.

Average property prices are at the lower end

In even better news for buy-to-let property investors, Sheffield also offers impressive yields. The buy-to-let yield report for 2018/2019 shows the S1 area has an average yield of 6.85%, and S2 an encouraging 8.16%.

Areas property investors looking to invest in Sheffield should consider:

There is a fast-growing urban living market in Sheffield City Centre. There are plenty of conversions and new build developments to invest in for buy-to-let purposes. Yields are strong with up to 6.85% possible in S1.

House prices are higher in this mid-upper residential area, between £190,000 and £300,000. Split into various suburbs, some close to the centre, it’s ideal for professional buy-to-let investment properties. Higher prices mean yields are lower at an average 3.5%.

This area of Sheffield is a much-loved residential spot running between Ecclesall Road and Abbeydale Road. It’s an area packed with restaurants, shops, bars and amenities and is ideal for investors. It is a pricier area with house prices between £240,000 and £390,000, with yields of about 3%.

The area located between the city and the separate town of Rotherham is the cheapest part. There are traditional terraced houses originally built for the steelworkers, and new local authority estates. Suburbs including Manor Park, Brightside and Attercliffe lie within this area. The average house costs between £100,000 and £120,000 and yields are high, at around 8.16% according to Totally Money.

The city of Sheffield and the SCR has much to offer property investors looking for reasonably priced property. There are many professionals, students and families all looking for private rented property in both the urban city centre and the suburbs of Sheffield. With much more investment and regeneration planned for the coming years, Sheffield seems a safe bet for investment.