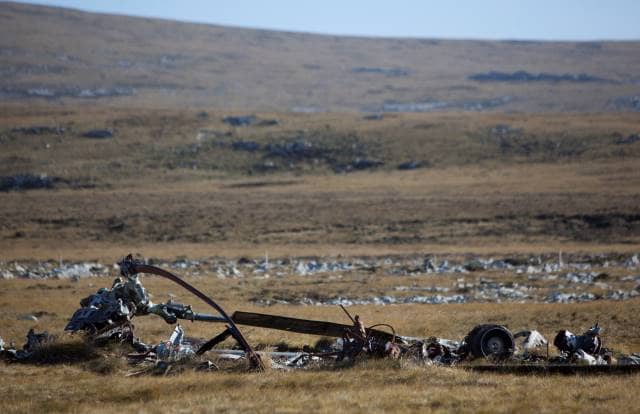 The Argentine President Alberto Fernandez has said that they want the Falkland Islands to be returned to their “territorial sovereignty” and he has vowed that his government will work with China to fight for the return of Malvinas Islas.

Speaking from Beuno Aires Fernandez told Chinese state new outlet, China Central Television (CCTV) that his government will not give up their claims to the Falkland Islands.

He said, “We want peace, we have always been against this rupture of territorial sovereignty.

“That is why we continue to demand that the United Kingdom cease its occupation of the Malvinas Islands and we are extremely concerned that they could become a place where the South Atlantic is militarised.”

Fernandez went onto say that they are “on China’s side” in their claim and that “there is only one China.”

Falkland Islands under threat as Argentina vows to fight for them

The Argentinian President then said of the “enormous potential to increase trade with China.”

He added, “We have many Chinese companies in our country working in agribusiness, cereals, lithium, [and] gas, among other sectors.”

He insisted that the Chinese President Xi Jinping has been “essential in making the rapprochement of our peoples a reality,” then thanked him for the “enormous potential” to deepen ties.

Argentina’s Defence Minister has called on the British Government to engage in “dialogue” over the Falklands asking for “once and for all” for the UK to hold talks.

Taiana said, “We believe in international law, we believe in the peaceful settlement of disputes and, for this reason, we also call for dialogue so that the British sit down, once and for all, to talk about the sovereignty dispute in the Malvinas Islands.”

He added, “The task of our force is to control that buffer zone to avoid accidents. This shows we believe in international law and peaceful negotiation.

“We must not forget that we have part of our territory occupied.”