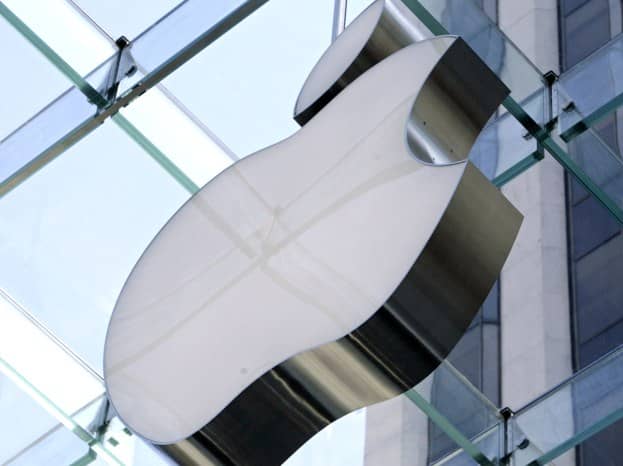 Apple will launch a television set later this year. Naturally, the set will be “a major innovation that will revolutionize the TV experience”. At least that’s the news coming from a very excited Wall Street analyst who claims to have scooped the tech press by talking to Chinese and Taiwanese suppliers.

Brian White of Topeka Capital Markets published a research note on Wednesday claiming the iTV will be a monumental 60 inches, measured diagonally, with the possibility of 50 inch and 55 inch versions for fanbois horrified at having something so vast in their living rooms.

White says: “We believe Apple will release a miniature device called “iRing” that will be placed on a user’s finger and act as a navigation pointer for “iTV,” enhancing the motion detection experience and negating some of the functionality found in a remote.”

He adds: “Furthermore, we believe “iWatch” will be an important part of the “iTV” ecosystem, tapping into “iTV” services in a much more mobile-friendly manner, complementing the “iRing.” The interaction between “iTV” and making phone calls will be an important feature of this experience, while the “iWatch” and “iRing” will provide increased mobility around the home, supplanting the need to carry a smartphone around the house.”

The device is not to be confused with the existing Apple TV box, which streams content from laptops and desktops to a normal TV.

Apple’s entry into the TV market is perpetually being falsely trailed, so this latest unsupported claim has been met with considerable scepticism. Business Insider calls it “unbelievable” and “a bit far fetched”. SlashGear calls it “baseless” and “we can’t even begin to explain how crazy of a rumor this is”.

The story may have contributed to a slight uptick in Apple’s share-price, which languishes at $431, just above its low of $419 of a month ago. Apple, as ever, has refused to comment.