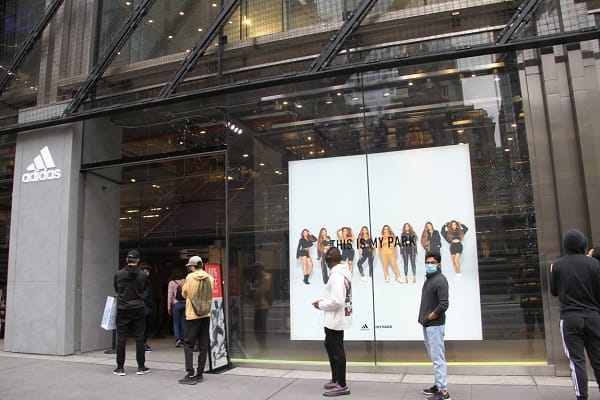 written by Peter Smyth Tech Journalist 4th May 21 9:51 am

Apple’s iPad sales spiked in 2020, as lockdown measures forced people worldwide to switch to working and educating at home. The surge in demand for iPad tablets, especially in the last quarter of the year, pushed its lifetime sales above the half-a-billion benchmark.

According to data presented by Stock Apps, Apple shipped more than 53 million iPads amid the pandemic, with its lifetime sales hitting 540 million in 2020.

The strongest sales year since 2014

Introduced in 2010, the iPad was a pioneer in the tablet market, aiming to fill a gap between smartphones and laptops. In 2013, Apple generated $31.8bn in revenue from iPad sales, with more than 74 million units shipped worldwide that year, the highest annual figure so far.

In 2014, shipments slipped to 63.4 million, while sales revenue amounted to $30.1bn, revealed the company’s earnings report. However, the following years witnessed a downsizing trend, with the number of shipments falling by almost 50% to 33.3 million in 2018.

Until the third quarter of 2018, Apple sold nearly 425 million iPads worldwide and released eight versions of the device.

After dropping for four years in a row, iPad shipments jumped to almost 50 million in 2019. Statistics show annual sales revenues recovered to $21.1bn that year.

However, as millions of people started working and educating at home amid the COVID-19 lockdown, iPad shipments jumped to 53.2 million in 2020, the strongest sales year since 2014. The tech giant generated $23.5bn from selling its tablet last year, 10% more than in 2019.

Statistics show that during the Q4 2020 only, or the company’s Q1 FY 2021, Apple’s ‌iPad‌ category earned $8.4bn, up from $6bn in the year-ago quarter. Between October and December last year, Apple shipped 19 million iPads to consumers worldwide, a 5.1 million increase from the previous quarter.

One-third of all shipped tablets in 2020 were iPads

The IDC’s Worldwide Quarterly Tablet Trackers showed that in 2020, more than 163 million tablets were shipped worldwide, and iPads made one-third of that figure. Last year, Apple had a 32.5% share in the global tablet market, compared to 34.6% in 2019.

As the fourth largest notebook vendor globally, Lenovo shipped 14.1 million tablets in 2020, a 66% increase in a year. Furthermore, statistics show that Lenovo’s market share rose to 8.6% last year, up from 5.9% in 2019.