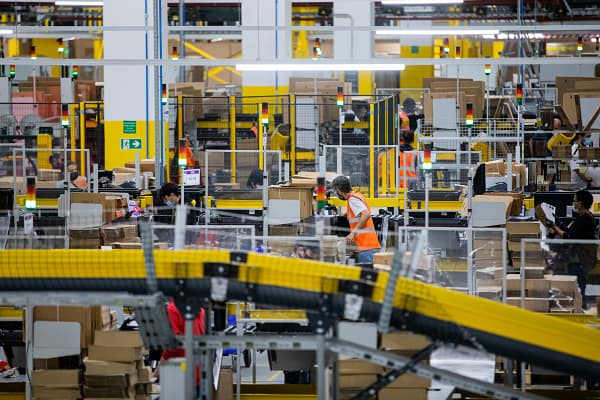 Amazon is increasing the cost of subscribing to its Prime delivery and streaming service, it has been announced today.

Nick Baker, streaming and TV expert at Uswitch.com, says: “This price rise is a blow to customers at a time when money is tight for millions of people across the country.

“The Amazon Prime service has long been seen as one of the best value entertainment services because it offers a comprehensive streaming service, alongside free next-day delivery and other unique benefits.

“While a monthly increase from £7.99 to £8.99 a month might not seem like a dramatic rise, the annual hike from £79 to £95 could deter subscribers from renewing – especially with many consumers keen to rein in their online shopping habits at the same time.

“This is also the first rise for the Prime service since February 2014, when it introduced film and TV streaming – suggesting that for those who use it, the service has remained competitively priced.

“Building on its deal to show Premier League games, Amazon recently secured rights to broadcast the Champions League for the first time, starting from the 2024/25 season. Investments are also reflected in its TV series, with Prime Video launching the Lord of the Rings in September. With the most expensive TV show of all time in its locker, the company is in a safe position to retain its streaming customers.

“If you feel you aren’t getting value for money from your monthly Amazon Prime subscription, you can cancel penalty-free. If you paid for the year in advance, log into your Amazon account to check when it’s set to automatically renew – if you cancel now your membership will run until this date.”