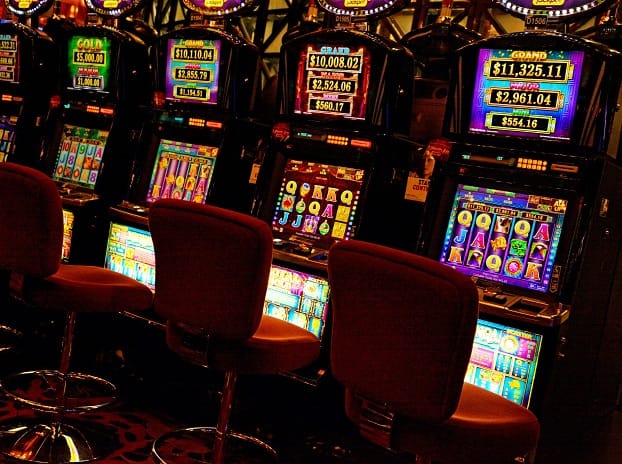 A short history of the slot machine – origins and development

The Origins of slot machine can be traced back to the 19th century. The first slot machine was invented in 1895 by a man named Charles Fey in San Francisco, California. The game had 5 drums with 50 playing cards. The machine could be found in many bars, and cost nickel to play.

The first slot machine also known as Liberty Bell had three spinning reels that featured pictures of playing cards. Also picture of cracked Liberty Bell embedded on each reels. The game was played pulling the lever this sets the reel in motion, the player would watch the wheel spin and eventually come to stop. The game is easy, if the reels stopped with three Liberty Bells lined up, the player won the jackpot. This machine was a great hit and the culture of slot machines had begun.

As time progresses, modern technology caught up with the traditional slot machines and in 1960s first electromechanical slot machine invented. In that era various machines were invented and the most famous of these is Money Honey. As technology further advances electromechanical machines were replaced with electric machines which are powered by microprocessors. With the help of microprocessors this type of machine allowed bigger bets results into bigger payouts. Introduction of Random Number Generator ignites the popularity of slot machines. The Random Number Generator is a computer that is programmed to simulate spinning reels and produce a random outcome of spin. This new technology shuts the door for traditional slot machines and opened up a whole new world for this new type of slot machine. In present, slot machines are so popular that they make about 70 percent of casino’s revenue.

The concept of online casino took off in the 1990s and it is probably biggest advancement in slot machine history since the invention of Liberty Bell. Like traditional casinos, online casinos have adopted slot machine games as their flagship games. Thousands of people now play slots online from comfort of their homes. Online slots offer everything that the counterpart physical machines do and more. The possibilities are vast with online slot machines changing everyday with the introduction of newer fast and advanced computer technology. Also to update and add new games is comparatively easy in online casinos also online casinos are able to change their graphics and slot machines very easily which provide much more variety for the player. The next steeping stone after the development of the online slot machines was the online slot tournament. In online slot tournament, slot players from around the globe are linked to each other electronically as they compete to win the tournament.

Slot machines have come a long way from the beginnings of the Liberty Bell Slot machine to the online slot machines and online slots tournaments available at online casinos today but the motive is still same to provide entertainment and engaging more and more people to play.