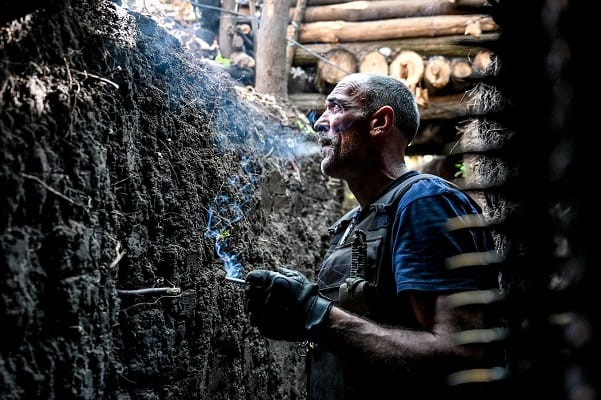 The situation on the ground in Bakhumt has turned so desperate Russian troops are “‘marching on corpses of their own” in scenes not seen since World War 1.

The head of Wagner mercenary group has said that his troops can take “weeks” to capture just one house in Bakhmut, then “they take a second and third” and they are up against strong Ukrainian defences.

Ukraine’s chief military officer General Valerii Zaluzhnyi said that the situation is so severe it is pushing Vladimir Putin’s troops to the extreme as they are not trained properly and lack essential equipment.

The head of the Wagner mercenary group, Yevgeny Prigozhin said in a video published on social media, his troops are fighting against a strong Ukrainian line of defence.

Prigozhin said, “The guy’s lock horns for every home, sometimes not just for one day. Sometimes for weeks over a single house.

“They take one home, they take a second, a third.

“What is breaking through the defences? It’s taking one house.

“If we say there are 500 lines of defence [Bakhmut], probably we won’t be wrong.

“A line of defence every ten metres.”

He added, “We are lacking vehicles, BMP-3, and 100mm shells, in order to move through Arymovsk [the Russian name for Bakhmut] quicker and with more confidence.

Prigozhin claimed that there is a “fortress in every house” in Bakhmut built both sides.

The British Ministry of Defence (MoD) has said that it is unlikely Russia will “achieve a significant breakthrough near Bakhmut” because Ukraine has “committed significant reinforcements” to the area.

The MoD said that the Wagner mercenary group and Russian soldiers have surrounded the eastern city in Donetsk Oblast.

The British MoD, in their daily update, wrote, “In mid-December, Russian military and Wagner proxy forces likely increased the frequency of their infantry assaults around the Donetsk Oblast town of Bakhmut.

“However, many of these operations were poorly supported.”

The Institute for the Study of War, wrote, “The costs associated with six months of brutal, grinding and attrition-based combat around Bakhmut far outweigh any operational advantage that the Russians can obtain from taking [it].”