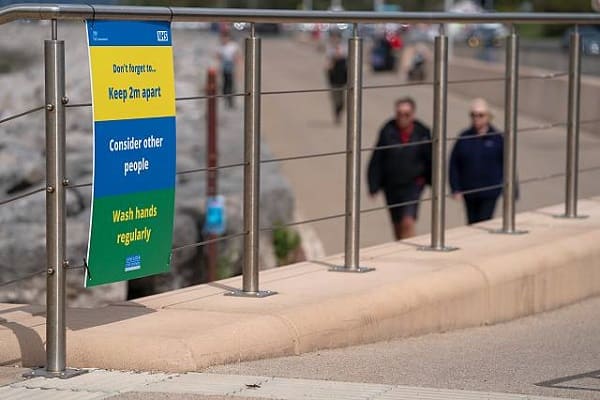 78 new Covid hotspots identified, but government ‘not sure what’s driving it’

According to new data there are now 78 areas across the UK which have been identified as fresh hotspots, but infections have fallen in most areas of the country.

Boris Johnson’s roadmap out of lockdown is due to proceed, but with many new hotspots  cropping up across the UK, a Minister has said local lockdowns cannot be ruled out.

The government have admitted that they have no idea what is causing the new spikes in cases.

According to the government;s Covid dashboard, the current rate of infections in England is 21.3 per 100,000 population.

Environment Secretary George Eustice told Sky News, “We are not sure what could be driving it, whether it’s particular variants that have taken hold of people being a bit too lax about restrictions that are in place.

“We are not sure about that but we are monitoring the situation closely.”

Eustice added, “We can’t rule anything out.

“We want this to be the last [lockdown] and want to avoid going back into a tiered system.

“We know that in the end, we had to go for full lockdown.”

Bolton has the highest infection rate in the country with 133.5 per 100,000 population and over the last seven days there have been 384 new cases reported.

Some of the highest areas in country are; Leeds has seen 374 cases in the past seven days, Lancashire 295, Sheffield 264, Bradford with 245, Northamptonshire 235 and Leicstershire with 152 cases.

During a Downing Street daily briefing, Johnson’s spokesman was asked if the government are considering surge vaccinations along with surge testing in areas with the new Indian variant.

The spokesman said that government officials will not “rule anything out.”

He added, “We want to consider all options.

“The prime minister said earlier today we’re not going to rule anything out, we want to make sure that we keep the public safe and keep our road map on track.”

“The meeting is happening with Sage today and should they come out with any further updates on this variant originating in India and the epidemiology in the UK then we will consider it.”

Professor Christina Pagel, director of the clinical operational research unit at University College London and a member of the Independent Sage group of experts, are urging Johnson that the emergence of the Indian variant means next week’s planned relaxation of measures must be pushed back.

The Sage scientist has warned that if Johnson continues to go ahead with the planned easing on Monday, then this could “add fuel to the fire.”