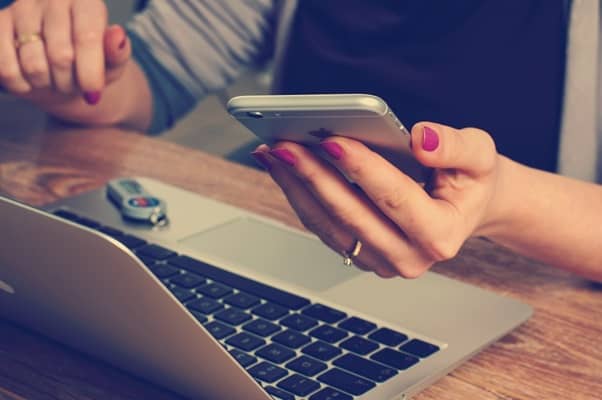 Will cell phones replace computers at some point?

The question itself is not very accurate considering that mobile phones are also computers. But, the essence of both varies by a fine line. You use mobile phones for calling someone, checking your emails and social media feeds. We can do the same on computers with a little more space to move around. So what exactly raises this question, whether mobile phones will replace computers? In this blog, we will answer all your questions related to this topic.

The two types of users

Primarily, you can separate the market for computers and mobile devices into the following categories.

This target audience usually consists of content developers and others who develop the things we see on the internet and media. Mobile devices are necessary for them as well. However, without computers, they simply cannot do their work. For example, CAD designers, graphic designers and programmers need a higher screen resolution and operating efficiency. These people require complex software to produce creative content for others to view and operate.

These are people who view the content that information producers generate. For example, someone who uses computers for online shopping. They can do that both on their mobile devices and computers. So when it comes to information consumers, higher screen resolution becomes redundant. They also do not require higher operating efficiency or extremely complex software environments to get through their day.

In conclusion, the market is itself divided into two, where computers become necessary for one group and becomes redundant for the other.

The line between the functions of a computer and a mobile device remains distinct. However, the following are certain areas in which mobiles have ultimately replaced computers. And these are probably the reasons why one would have the question whether cell phones will replace computers.

1. Storage capabilities that fit the requirements

Having 2 TB of storage for just your personal files is an unwanted investment. Mobiles nowadays offer storage up to 256 GB in general. So, for anyone who only needs to store their personal files and entertainment videos, cell phones are more than adequate. Some years back, people who had a lot of office files to store, needed a device with larger storage capabilities. However, the rise of cloud-based storage and extended internal storage is proving that mobile devices have replaced laptops and computers in this area.

We spend very little time off the internet these days. It keeps us connected with our work, friends and family. Primarily, computers were the go-to option for anyone wanting to explore the internet. Mobile phones did have the connectivity but lacked the flexibility. Nowadays, mobiles have become more flexible, and you can instantly connect to the internet whenever you want. So, mobiles have made computers redundant in this aspect.

There used to be a time when only a few people knew how to digitally wire money from the comfort of their homes through computers and laptops. But, with mobile apps, transferring money over the internet has become a common thing. Similarly, many functions, like searching for a nearby café and making small edits to your documents, have slowly replaced computers.

The main reason for mobiles replacing the majority of areas where computers mattered, is its price. Affordability drives people to invest in a product. A decade back, smartphones couldn’t do much of what computers could. Now, you can get all the functions needed for an information consumer on a device that is half the price of a laptop.

Even though the smartphone providers are offering more specs with every release, they don’t intend to fight against computers. Because they know that smartphones can never replace PCs. Let’s take a look at some reasons why:

Although mobile devices are useful for quick solutions, computers perform well when handling lengthy processes. The bigger body lets manufacturers house better processors that are capable of handling huge loads of data. In this aspect, an expert will prefer using a computer over portable mobile devices.

As we said earlier, information producers need computers to create. It can be applications, software, data, or content. Creating using a large screen and a better processor is convenient for the developers. For example, consider creating a casino app that has in-app purchases. The developer can run the app in a simulated environment to check compatibility with mobile devices. However, you cannot create and test Windows or macOS apps on a mobile device.

Consider a professional who uses his/her/their mobile to perform graphic designs. It is just not convenient to do graphic designs on a smaller screen. While creating a design that will go on a billboard, for instance, you need to be careful with all the minor details. A designer will tell you that they find it more convenient on a wider screen with a lot more editing options. That they will get on a computer.

To make it easily relatable, would you find it easy to work with spreadsheets on your smartphone or computer? Obviously, the answer is a computer. But, when you do not have access to one, you might need to rely on the affordable option. In conclusion, mobile devices will never replace computers. The market for computers will continue to grow alongside mobile devices. Mainly because they both have a unique set of perks distinct from one another.