Home Business NewsBusiness What can gyms learn from fitness apps? 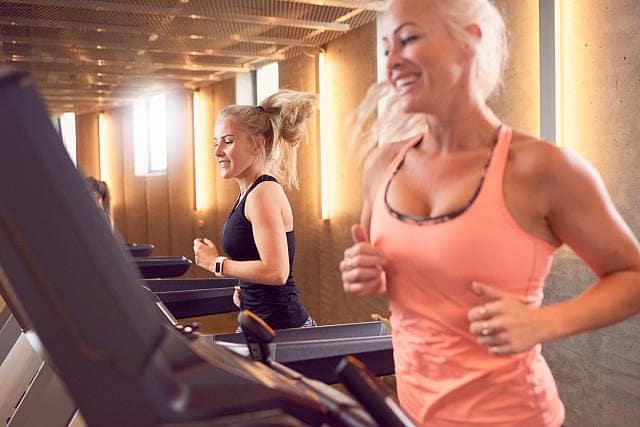 What can gyms learn from fitness apps?

Gym memberships have hit an all-time high in the UK, with 1 in 7 people subscribing to a gym. Yet, it’s estimated that two-thirds of gym memberships go unused after a few months.

You have to ask yourself: Why are so many people paying for something they don’t use?

Yes, failed new year’s resolutions but gyms are sometimes seen as intimidating and inconvenient. Not a great combination for motivating you to work out.

Adrian Hon, CEO of Six to Start, also thinks gyms lack engagement: “I tried using a treadmill and watching MTV, but I just found it a bit dull. I want to feel excited and motivated when I run.”

This inspired him to develop Zombies, Run! with writer Naomi Alderman, an app that weaves a story into your run, making you the central character in a zombie apocalypse. The app exploded onto the market in 2012 and has racked up nearly four million downloads across iTunes and Google Play.

Rather than trying to disrupt the gym market, Adrian hopes the success of his app will give gyms a shakeup: “I think there’s a great opportunity for gyms to offer more to their users to keep them coming back. Just imagine if each time you went to the gym you got the next chapter of a great story. That would keep you coming back!” Adrian suggests.

What else could gyms do to engage their users?

One idea that’s already being used by charities is virtual races – competitive runs held on a particular day, but with no particular location.

Gyms could also develop virtual instructors, delivering training from experts around the world. Or offer virtual yoga classes you can do from your living room. Or even use VR to let you run on Mars!

The sky’s not even the limit.