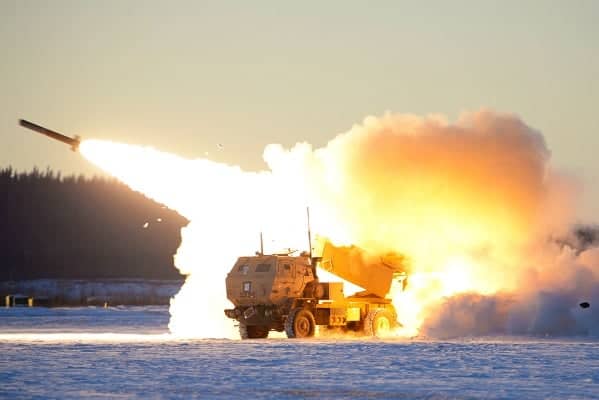 The US President Joe Biden has provided Ukraine with game changing “high-precision” weaponry in what has been described as a “very powerful” military aid package.

On Friday the Biden administration announced another military aid package worth more than $3.75 billion which will assist not only Ukraine, but other countries who are affected by Moscow’s aggression in Europe.

The Ukrainian President Volodymyr Zelensky said that this military aid package from the US is “exactly what is needed” to defeat Vladimir Putin’s forces.

The “Bradley armoured vehicles” are known as tank killers as they carry two of the deadly BGM-71 TOW anti-tank missiles and also fire 25 mm M242 Bushmaster chain gun, which fires up to 300 rounds per minute and are accurate for up to to miles.

President Zelensky added, “For the first time, we will get Bradley armoured vehicles — this is exactly what is needed.

“New guns and rounds, including high-precision ones, new rockets, new drones. It is timely and strong.”

President Zelesnky thanked President Biden saying, that “all the Americans who appreciate freedom, and who know that freedom is worth protecting.”

The White House press secretary Karine Jean-Pierre said, “The war is at a critical point and we must do everything we can to help the Ukrainians resist Russian aggression.”

Vadym Skibitsky, Ukraine’s deputy military intelligence chief has claimed that Moscow are set to order a further 500,000 conscripts this month.

Skibitsky said that this will be part of a series of offensives over the spring and and summer months, he warned, that “If Russia loses this time around, then Putin will collapse.”

Skibitsky, “We expect them to conduct offensives in Donetsk and Kharkiv regions, as well as possibly Zaporizhzhia but to defend in Kherson and Crimea.

“This is the number of men they will need for such a task.”