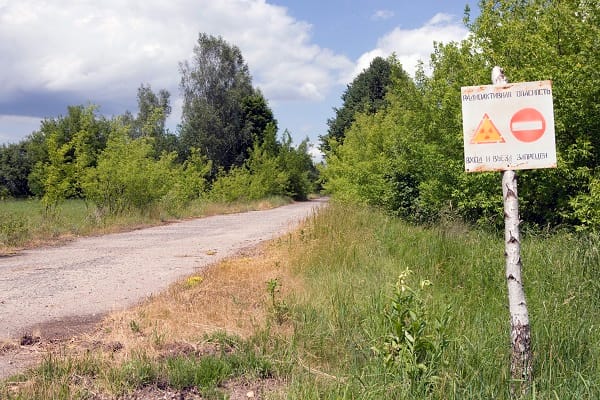 Ukrainian authorities have issued emergency radiation medication to residents who live within a 50km radius of Europe’s largest nuclear power plant in Zaporizhzhia.

Ukrainian civilians have been provided with potassium iodine tablets which offers “around 24 hours’ of protection” radiation.

The Zaporizhzhia nuclear power plant has been under constant shelling and both Russia and Ukraine are blaming each other.

The former head of the Zaporizhzhia nuclear facility described the situation as “very bad now,” which is “worsening all the time.”

The “entire continent is at risk” of a “radiation leak” which will affect around 800 million people across Europe.

Europe’s largest nuclear power plant which has six reactors has been turned into a Russian “military base” which houses deadly weapons and missiles.

Regional governor of the Zaporizhzhia region, Oleksandr Starukh said that residents near to the facility are being provided with instructions on how to use radiation medication.

There are real fears that the fighting could cause a radiation leak which would hit European countries within hours.

A spokesperson said the iodine tablets are being handed out for a 50km radius from the Zaporizhzhia nuclear power plant.

They said this was “in case of any future radiation leak”.

The civilians are being told not to take them preventatively, and are only “being distributed in case of any future radiation leak, at which time the government would instruct people to take the tablets.”

On Thursday, President Volodymyr Zelenksy said, “If the diesel generators hadn’t turned on, if the automation and our staff of the plant had not reacted after the blackout, then we would already be forced to overcome the consequences of the radiation accident.”

“Russia has put Ukraine and all Europeans in a situation one step away from a radiation disaster,” Zelenskyy added.

Ukraine’s Foreign Minister Dmytro Kuleba said, “For decades, nuclear safety has remained Ukraine’s top priority, especially given our tragic past,” referring to the Chernobyl disaster in 1986.

He added, “Russian invaders turned the Zaporizhzhia nuclear power plant [ZNPP] into a military base putting the entire continent at risk.

“Russian military must get out of the plant – they have nothing to do there.”