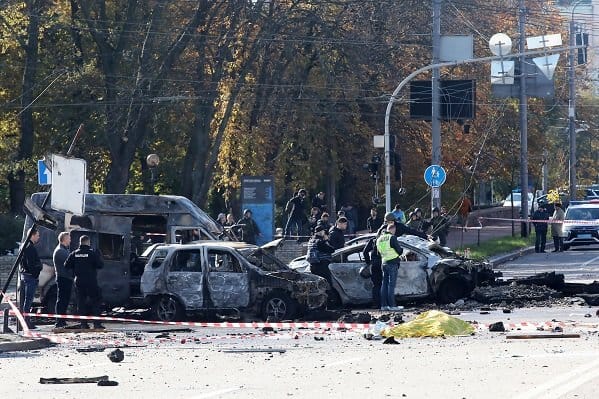 Ukraine has been under a “massive attack” on Tuesday after Russia launched “100 cruise missiles” across the country and there has also been a heavy bombardment in Lviv, Kharkiv and Zhytomyr.

The Mayor of Kyiv, Vitali Klitschko said that due to a “massive missile attack” the Ukrainian power company has been forced to engage with emergency power outages.

OECD: The impact of Russia’s large-scale war against Ukraine is adding pressure on the economic recovery

Klitschko said, “This is a necessary step to balance the power system and avoid equipment accidents.

“Schedules of stabilisation shutdowns are currently not in effect!

“In the capital, at least half of the customers are without electricity.”

European expert Sergej Sumlenny said this “terrorist” attack could have happened due to “delays in deliveries of Western air defence systems.”

Ukraine’s President Volodymyr Zelensky said that the power is off “in many cities” across the country as Russia mainly targetted the energy infrastructure.

Zelensky vowed “we will survive” following the huge air strike.