Home Business News UK Autumn Statement: A trigger for people to shift their assets from UK 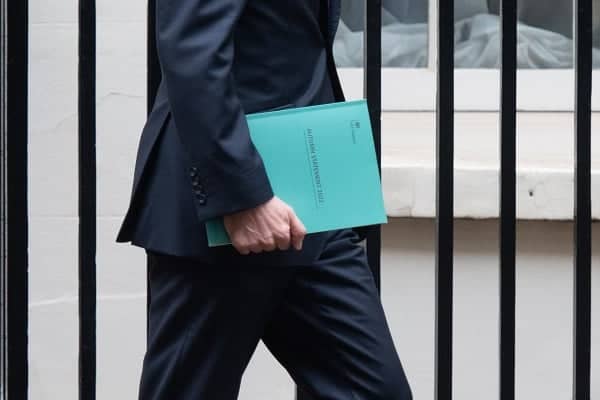 UK Autumn Statement: A trigger for people to shift their assets from UK

The painful stealth tax raids unveiled in the Autumn Statement will “logically” prompt people to move financial assets out of the UK, predicts the Investment Director of one of the world’s largest independent financial advisory, asset management and fintech organisations.

The comments from deVere Group’s James Green follow the Chancellor of the Exchequer, Jeremy Hunt, delivering a budget in which he announced tens of billions of pounds worth of spending cuts and tax rises in order to plug the £55 billion black hole in the UK’s public finances.

“But make no mistake, this is going to hurt.

“The chancellor has delivered an Autumn Statement that is riddled with stealth raids on people’s money.

“It is going to deeply impact the current and future budgets of households and businesses and blow a hole in the take-home pay of millions of people.

“The sly freezing of allowances and thresholds while inflation runs in double digits intentionally drags more people into higher tax brackets and hits their real wealth – all done in a politically convenient way for the government.”

One of the measures set out by the UK chancellor is the extension of a freeze in the inheritance tax ‘nil-rate band’ from 2025-26 to 2027-28, a move that would raise at least half a billion pounds for the Treasury.

Ahead of the Autumn Statement, James Green noted: “The inheritance tax (IHT) net is being extended. IHT is very obviously no longer just for the super wealthy, as it was originally intended.

He added that leaving a legacy to loved ones “is a very human instinct” and people feel “especially aggrieved by this form of tax [IHT] because it is, in effect, a form of double taxation as tax is being paid on assets which have already been paid for and previously taxed.”

With this in mind – and because more people are now being affected by it thanks to the Autumn Statement, and no doubt because there is an aging population – James Green says: “We expect a significant surge in the number of people seeking to reduce the inheritance tax burden by exploring international options to protect their real wealth, including transferring their retirement funds outside the UK.”

He continued, “When your retirement funds are transferred overseas into a pension scheme based outside the UK, but that still meets HM Revenue & Customs (HMRC) rules, they’re not typically subject to inheritance or income tax in the UK.

“In addition, after paying initial tax on transfer, you can often benefit from a much lower tax rate, amongst other benefits.”

The deVere Group Investment Director affirms: “As the Autumn Statement delivers another painful body blow to millions, we expect many people will logically conclude that there are fewer than ever incentives for them to keep their financial assets in Britain.”