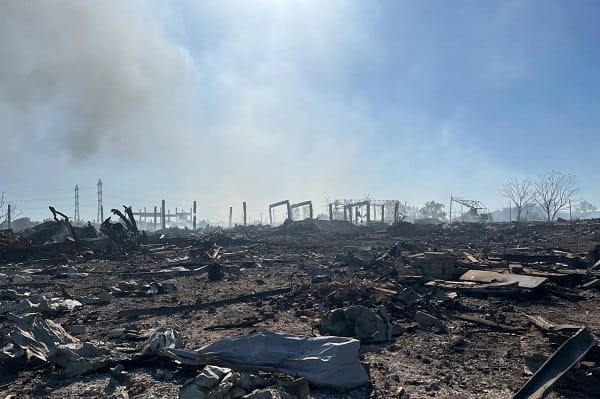 The Chief of Defense Intelligence of the Ukrainian Ministry of Defense has said that this “whole war won’t last that long” and warned Vladimir Putin that they will retake Crimea next.

Kyrylo Budanov said that the war “will largely subside” during the winter and then “the end of this conflict will begin.”

Budanov said, “This whole war won’t last that long. It will end soon.”

He was asked to clarify the question whether the war will last “two or three weeks,” he said that we are talking about a longer period.

“At the end of May, I told what the algorithm of military operations would be. Then I said bluntly that June would not be good for us, we would lose.

“In July there will be a conditional stagnation, and in August we will begin to gradually move towards the restoration of the territory, which it will be clear to everyone.

“In winter, the war will largely subside, but after the winter, the end of this conflict will begin. At the first stage, reaching the administrative borders as of 1991,” Budanov said.

He added that he expects the Ukrainian army to enter the Crimean peninsula by the end of spring 2023.

He said, “Perhaps a little earlier. You can make a mistake in the days, but not in the algorithm.”

Budanov was also appointed head of the Intelligence Affairs Committee under the President Volodymyr Zelensky.