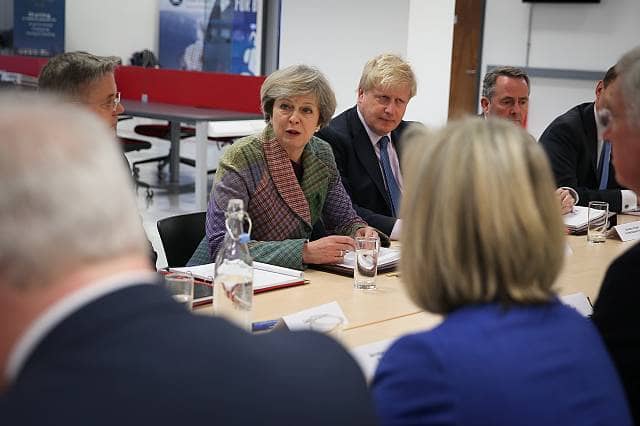 It has been reported that Theresa May went to dinner with Boris Johnson to celebrate the historic moment that came after triggering Article 50.

The PM and her husband Philip joined the foreign secretary with his wife Marina Wheeler on Wednesday evening. This is according to the Times.

May said Wednesday was “a great turning point in Britain’s history”, she was seen entering Johnson’s flat which is situated near Buckingham Palace.

Not long before the dinner took place May sent a letter to the EU invoking Article 50.

In a statement to the commons May spoke of “a new deep and special partnership between Britain and the European Union”, she also promised that “our best days lie ahead.”