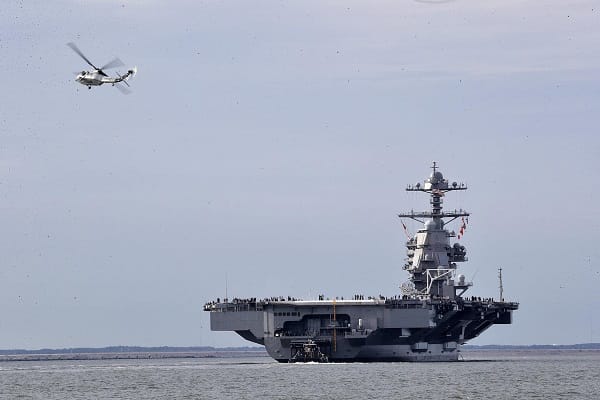 The UK have been “wargaming” responses to the threat Putin could attack Ukraine with a nuclear weapon.

Dr Anglim said in an interview with the Independent, that he believes defence officials in the UK are assessing how serious Putin’s threats are.

Dr Anglim said, “There are two schools of thought with this, one of them is that Putin is just a bumbling gangster, a blustering conman, Russia’s Trump. But the other view is that he’s very serious indeed about what he says.

“That’s a cause for concern for the Government in confronting him, but I would say we already have contingency plans in place.”

He believes a nuclear response from the UK is very unlikely which would only happen as an “absolute desperate last resort.”

This “last resort” would only happen if there was a scenario where there was a “clear, existential and immediate threat to the UK.”

He warned should Moscow use nuclear weapons against Ukraine, the UK would most likely act in a coordinated response with NATO and possibly the US.

Western officials are carrying out “prudent planning” in the event that Russia launches nuclear weapons in Ukraine to prevent people from panicking across Europe.

Western government’s have started “prudent planning for a range of possible scenarios” for any potential nuclear strike in Ukraine, a Western official told the Guardian.

Governments are preparing for panic buying as seen during the Covid pandemic and the mass exodus of people fleeing cities or even their country.