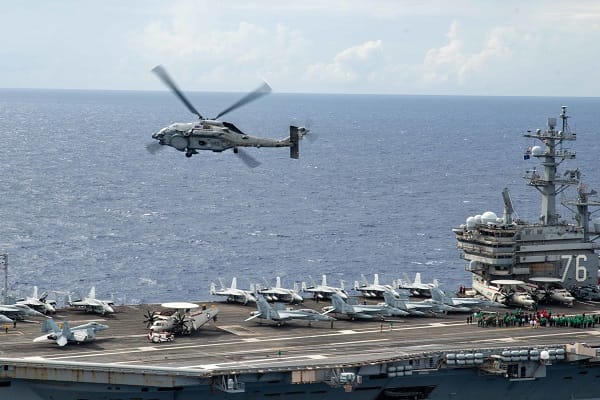 Taiwan’s military has issued a statement and said their forces are now on alert and closely monitoring the Chinese drills after 11 Donfeng ballistic missiles were fired into their waters.

Taiwan’s Defence Ministry said that China launched several Dongfeng ballistic missiles into their waters near its Matsu islands around its northeast and southwest.

They said in a statement, “The Ministry of National Defence stresses that it will uphold the principle of preparing for war without seeking war, and with an attitude of not escalating conflict and causing disputes.”

Taipei said that civil defence drills have been held and notices have been placed on designated air raid shelters across the island amid China’s “irrational behaviour” which is intended to alter the status quo and disrupt regional peace and stability.

The statement added, “The three service branches will combine efforts with all the people to jointly safeguard national security and territorial integrity” whilst adapting to the ongoing and escalating situation as it develops.

The Defence Ministry said their army will “maintain close contact with regional allies and strengthen coordination” to prevent any escalation.

Taiwan said that China’s navy, air force and other forces are conducting military drills in six zones where by they have surrounded the country and officials say the drills violate United Nations rules.