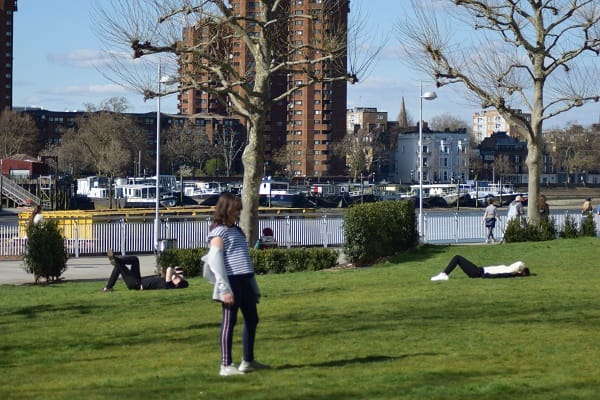 Scotland’s First Minister Nicola Sturgeon said on Friday that there have been 48 more deaths and told people to “stay at home” this weekend.

She said, “That brings the total number of deaths of individuals who had tested positive in Scotland to 495.

“As of 9 o’clock this morning, I can report there have now been 5,275 positive cases confirmed, which is an increase of 318 from the figures reported yesterday.

“As always I am at this stage, let me be very clear these numbers are an underestimate. A total of 1,832 patients are currently in hospital with confirmed or suspected COVID-19 – that is an increase of 51.

“And a total of 207 people as of last night were in intensive care with confirmed or suspected COVID-19. That is actually a decrease of five though I would caution against reading too much into that at this stage.”

Sturgeon added, “Scotland will remain in lockdown for the Easter weekend and through next week.

“At the moment, we simply do not have the evidence of the impact of the restrictions to have the confidence yet of when we might start to come out of them.

“As that evidence becomes available, we will be able to review them but, for now, the message remains exactly the same as it has been.

Police forces across the UK and the government are warning people “not to go out this Easter weekend” and not to “flout the law.”

Last weekend thousands of people ignored the government advice and flocked to beaches and parks sunbathing and having picnics, which has continued.

The Welsh First Minister, Mark Drakeford warned on Friday the lockdown could be “tightened” to include banning people from “outdoor exercise.”

If there are any “large scale flouting of law he warns the ban could start, and added that fines could be increased.

However, Drakeford said he does not want to toughen the measures as the government rules are already “an enormous burden.”

The First Minister said, “We check every weekend with the police whether they think they have the powers they need… if they come to me to say they need more powers, they will get more powers.”

A Police Chief Constable has warned those who flout the coronavirus lockdown law could be arrested and face a criminal record.

More than 10,000 ambulance workers to strike in December as...