Home Business News Savanta ComRes: A return for Boris Johnson is the most popular option among 2019 Conservative voters 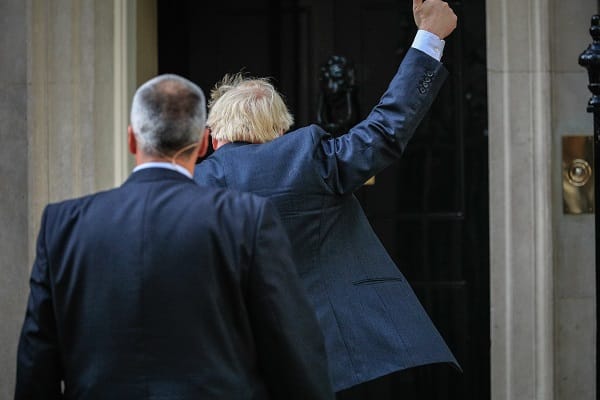 Savanta ComRes: A return for Boris Johnson is the most popular option among 2019 Conservative voters

Five in six (84%) UK adults say Liz Truss was right to resign this afternoon after just 44 days in office, according to the latest polling from Savanta ComRes.

After the shortest stint in No.10 in history, only one in ten (10%) say her resignation was the wrong decision and almost half (47%) say Truss is the worst Prime Minister in the last 25 years (followed by 20% who say Boris Johnson and 9% who say Tony Blair).

While speculation has already begun on whether this resignation will signal a comeback for former Prime Minister Boris Johnson, he ranks behind Rishi Sunak as the person the public would most like to see takeover as Conservative leader (26% for Sunak, 21% for Johnson), although ‘don’t know’ is the most common answer (30%).

However, among the voters who backed Boris Johnson’s Conservative Party in 2019, he remains the most popular candidate (41%, followed by 25% who say Sunak) with two thirds (65%) of Tory voters now saying Conservative MPs were wrong to get rid of Johnson in the first place.

While these figures suggest that Boris Johnson could do well if he were to make it onto the ballot for a Conservative Party membership vote, his chances of success among the wider electorate look tricky. Half (51%) still say that Conservative MPs were right to get rid of him in July.

And with current polling suggesting a Labour landslide and a difficult economic picture, the damage to the Conservative Party may have already been done. Only around a quarter (27%) say a new Conservative leader can regain the trust of the British public, with three in five (60%) saying the new leader cannot regain the trust.

Chris Hopkins, Political Research Director at Savanta ComRes said, “In the craziest day in British politics since the day before, this snap poll finds that the vast majority of the public agree that the game was up for Liz Truss and she made the right call to quit today.”

“Where there’s less public unity is regarding what happens next. A quarter favour Rishi Sunak to be the next Conservative leader, but a fifth would opt for Boris Johnson, and he’s the runaway choice among Conservative voters.

“Whether he throws his hat into the ring remains to be seen, but unless it is the former Prime Minister or Chancellor who ends up back in Downing Street, all of the other options present a Truss-sized risk to the Conservative Party as they’ll be scarcely known to the public, with a sizable polling deficit to close, amid bleak economic times.”