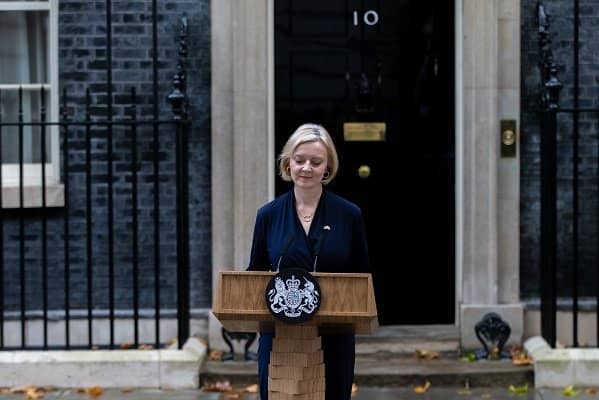 Liz Truss has resigned as Prime Minister, but she needn’t worry, she has already been offered a new role – Head of Short Stays at On the Beach.

The holiday experts, who have seen a rise of up to 64% in short stay holidays this month have offered the jobless Truss the role after seeing the demand for mini breaks increase.

Liz Truss dramatically resigned as PM after a flood of no-confidence calls from Conservative MPs, just 44 days after taking the keys to No10.

She goes down in history as the shortest reigning Prime Minister ever and it’s that experience in short stays that has caught the eyes of the recruitment team at On the Beach.

A spokesperson for On the Beach told LondonLovesBusiness.com, “Short stay holidays are becoming increasingly popular with customers, year on year, we’ve seen an increase in those heading away for four-day breaks.

“This demand has led to the opening of a new role here at On the Beach and we’re delighted to be able to offer this position to Liz Truss.

“She has shown the true meaning of a short-term stay, breaking records along the way.

“We do have concerns over her ability to manage budgets and communicate well, however that’s why we have our finance and communications teams already in place.”

Year on year, On the Beach have seen the number of holidaymakers taking four-day breaks, Portugal tops the list with a 64% increase, Malta comes in next at 41% and Tunisia makes up the top three with a 29% increase.

The On the Beach spokesperson added, “We do hope that she accepts the job offer and she can pass her probation period.

“In preparation for her arrival we have removed all lettuces from our head office kitchen and upon her arrival will ban the vegetable from the building.”

However, if it’s a short getaway Liz needs then On the Beach can help too. They have some great deals on short term holidays, such as a four-night stay at the Senator Banus Spa Hotel in the Costa Del Sol for just £200, including return flights from Newcastle on 31 October. Or a four-night stay at the Marina Hotel and Spa in the Costa de Algarve in Portugal, for just £322, with flights from Luton on 20 November.