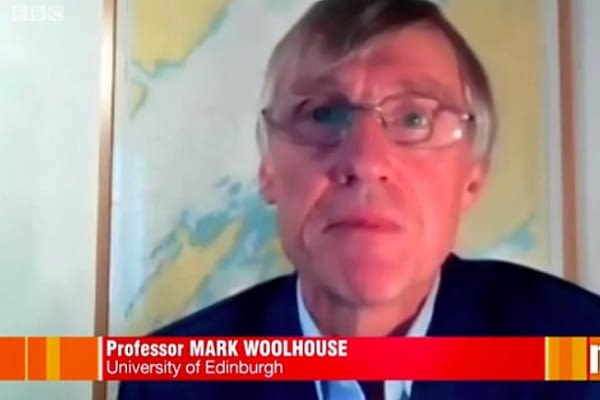 A government scientific advisor has warned that a “third wave is entirely possible” and that “lockdown does not solve the problem” it only “defers it.”

Professor Mark Woolhouse OBE from the government’s advisory body warned that a vaccine could be a long way off, or it may never be found.

Professor Woolhouse warned of the second wave at the start of the coronavirus outbreak.

Speaking on the BBC’s Andrew Marr programme he said, “A third wave is entirely possible.

“A scenario I have investigated does actually include this possibility.

“This is just another demonstration that lockdown doesn’t solve the problem, it defers it.

“That is why we need some kind of cavalry on the horizon.

Professor Woolhouse added, “Or, alternatively, if we think that vaccine is not going to be available in six months or 12 months or two years, we do need alternatives.

“The alternative that’s been mentioned so far are things like the Moonshot programme and mass testing.

“There may be others on the horizon too.”

He spoke about an alternative to a lockdown over reports that the government scientific advisor led Sweden’s response to the pandemic and is advising the Prime Minister.

Professor Woolhouse said, “We shouldn’t be so binary to say it’s an alternative to lockdown.

“Sweden does have a number of restrictions in place.”

He added, “I’m afraid I don’t see a way through this for the coming months or even years where we don’t have some restrictions in place.

“This is the new normal, we’re going to have to operate differently until we’ve got this virus firmly under control.

“What Sweden has taught us is two things: first it is possible to turn an epidemic around without a strictly enforced lockdown.

“People will argue about whether or not that model is transferable from Sweden to other countries such as the UK.

“But perhaps more importantly, they’ve emphasised the importance of sustainability. We have to implement restrictions that we can live with until the cavalry comes.”

However, Health Secretary Matt Hancock has insisted that a coronavirus vaccine could be ready by the end of this year.