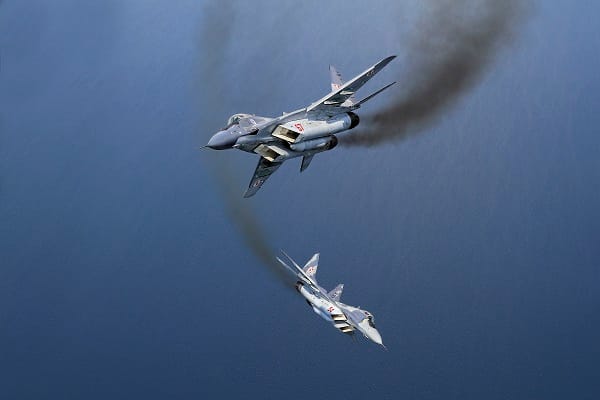 The Russian President Vladimir Putin has said on Thursday that Russia “will have to respond” amid NATO’s expansion on their borders, “if military contingents and infrastructure are deployed there, we will have to respond in kind.”

Putin said that both Sweden and Finland had “nothing to worry about” and Russia did not have “such problems” with the two Nordic countries as they have “with Ukraine.”

Putin said that once the Nordic countries are fully signed up members with NATO they will “respond in a mirrored manner.”

The Russian leader said during a news conference on Thursday during a visit to Turkmenistan that both the Nordic countries have now created trouble as there had previously been “no territorial issues or disputes.”

With whatever forces Putin will have left from the four months of fierce fighting in Ukraine he has vowed to place his troops and could arm the northern border they share with Finland which is 830 miles long.

Putin also said that if the two countries allow NATO on their soil then he will order nuclear capable weapons to be deployed in the Baltic Sea.

Speaking in Turkmenistan, the Russian President said, “With Sweden and Finland, we don’t have the problems that we have with Ukraine.

“They want to join NATO, go ahead.

“But they must understand there was no threat before, while now, if military contingents and infrastructure are deployed there, we will have to respond in kind and create the same threats for the territories from which threats towards us are created.”

Putin added, “We do not have such problems with Sweden and Finland that we have with Ukraine, fortunately.

“We have no territorial issues or disputes. We have nothing to worry about in terms of Sweden and Finland’s membership in NATO.

“They want it, after all. They only must clearly understand that there were no threats to them before.

“Now, if military contingents and infrastructure are deployed there, we will have to respond in a mirrored manner.”

He concluded, “Everything was fine between us, but now there might be some tensions, there certainly will.

“It’s inevitable if there is a threat to us.”

He added, “What is happening will invariably lead to compensatory measures on our part. We have the capabilities and resources.