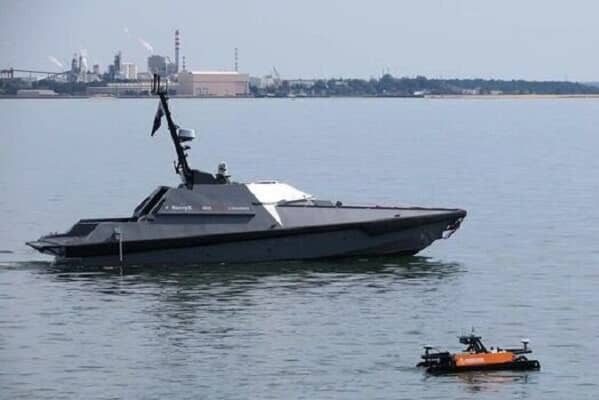 The Royal Navy has spotted a Russia surveillance ship which has been trying to spy the UK’s latest hi-tech missile autonomous vessel.

The Russian Admiral Vladimirskiy is primarily a scientific research vessel but does the ability to conduct covert underwater reconnaissance.

The 6,000 tonne ship has a crew of 176 which includes linguists who report directly to the Main Directorate for Deep Sea Research (GUGI) and the GRU foreign intelligence agency.

The Vladimirskiy started their surveillance mission on 10 November off Scotland’s east coast where critical infrastructure is based.

In October British intelligence warned there is an increase in Russian spying activity in attempts to strike on the UK’s infrastructure such as power lines and internet cables on the seabed.

Former naval commander and defence expert Tom Sharpe said, “The Vladimirskiy is an extremely capable and well-run vessel, and Russia is always keen to get whatever intelligence it can get on our latest developments.

“We can quite easily counter any visual spying by simply continuing to move location or introducing other vessels to run interference.

“But what the Vladimirskiy also does is to bring in information from the electronic spectrum from as much as 20 miles away.

“It would, of course, be useful for Russia to get electronic signatures or a thumbprint on the radar that Madfox uses, for instance, and its presence can be quite a pain when trialing new UAVs.”

Sources say that the Russian ship was spying on the Royal Navy from outside UK territorial waters where the British research vessel HMS Enterprise was conducting tests on the new autonomous missile launcher.

The 41-foot-long Maritime Demonstrator for Operational Experimentation vessel, nicknamed the “Madfox” can be controlled by two sailors which was designed by the Royal Navy’s “NavyX Experimental Team.”

The supercarrier HMS Queen Elizabeth along with their escort, HMS Northumberland, which has the capability of “intercepting as much from the Vladimirskiy as they were trying to get from us,” curtailed the Russian spy mission off the coast of Montrose.