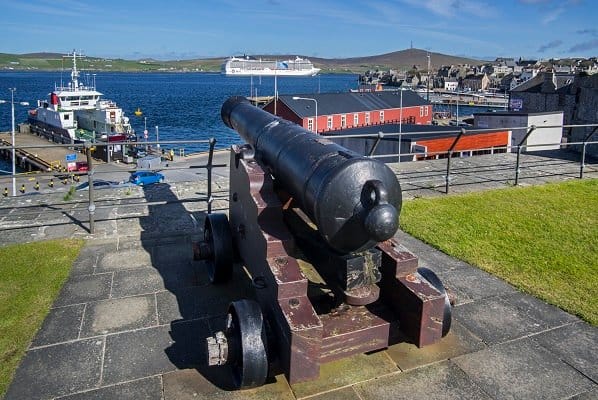 Scotland has declared a “major incident” as all communications have been cut off in the Shetland Isles and the British Ministry of Defence (MoD) has sent two “specialist ships” to protect the UK’s subsea network.

This comes after Britain was warned that the critical energy and internet infrastructure is at risk after the Nord Stream 1 and 2 pipelines were blown up in the Baltic Sea and Moscow is strongly suspected to be behind the attack.

Shetland Police have said that “engineers are working to fix a complete outage affecting its connection to the main line,” and they have said at this stage it is unclear exactly what has caused this.

The Defence Secretary Ben Wallace made note of the “mysterious” damage to the Nord Stream pipelines, and then warned this is a reminder of how “fragile” the British economy and infrastructure is.

Wallace said the MoD are sending out two “specialist ships” to patrol and protect the UK’s subsea network as its “internet and energy are highly reliant on pipelines and cables.”

A BT Group spokesperson said, “Due to a break in a third-party subsea cable connecting Shetland with the Scottish mainland, some phone, broadband and mobile services are affected.

“Engineers are working to divert services via other routes as soon as possible and we’ll provide further updates. Our external subsea provider is also looking to restore their link quickly.

“Anyone who needs to call 999 should try their landline or their mobile, even if they don’t have signal from their own mobile provider. We’re sorry for any inconvenience.”

Speaking to BBC’s Good Morning Scotland programme, Chief Inspector Jane Mackenzie warned that it is “very rare” for two cables to have sustained damage at the same time and said this could most likely have been caused by a fishing vessel

She said, “The damage is affecting most of telecom services to Shetland. There are some services still working but we will try to establish more services during the day if that’s possible.

“We expect it will be fishing vessels that damaged the cable but it is very rare that we have two problems at the same time.”

Chief Inspector Mackenzie added, “We’re still trying to work to establish the full extent of the problem – we know there are some telephone lines working, 999 lines are believed to be working and some mobile networks are still working.

“So anyone calling 999 should be able to do so from a mobile phone. What we would ask is if you have an emergency you should first try a landline or mobile to call 999.

“If that doesn’t work, you should flag down an emergency service vehicle that isn’t using their blue light or attend either a police station, hospital, fire or ambulance station to report the emergency.”