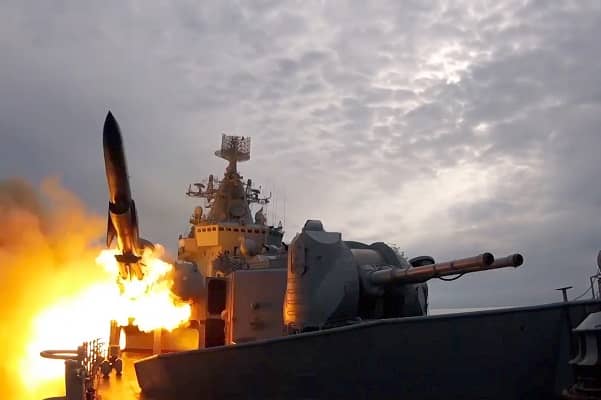 Vladimir Putin ordered a “secret mission” to retrieve hundreds of dead conscripted Russian sailors and “removed all the equipment that was classified” from the sunken flagship of Moscow’s Moskva warship.

The Moskva was blown up by Ukrainian forces after they fired a Neptune missile strike on 14 April in the Black Sea which held 510 sailors.

The Kremlin have insisted that the flagship of Moscow’s Black Sea Fleet was damaged whilst being towed to port.

The Russian Navy have been accused of leaving their sailors to drown as “officers fled the ships like rats” and should a third country find their remains on the sunken Moskva then this would unpick all of Putin’s lies leaving him fully exposed.

In total seven ships were sent to collect the dead Russian sailors which we abandoned in the watery grave where the salvage operation took around two weeks.

The spokesperson for Kyiv’s defence ministry, Vadym Skibitskyi, said, “They retrieved the bodies, removed all the equipment that was classified, and cleansed this cruiser.

“They took what wasn’t supposed to fall into the hands of a third country.”

The Telegram channel Ishi Svoikh, which Ukraine set up for Russian relatives over the fate of their loved ones at war, added, “It is completely unclear what happened to the bodies next.”

Since the Moskva was blown up by Ukrainian forces, Russian sailors are committing mutiny as they refusing to carry out their combat orders as they are fearing for their lives as international sanctions are preventing urgent repairs needed on the warships which must be yet another embarrassing blow to Putin.

The “emergency state” of the Russian warships means that sailors of the 106th brigade of surface ships of the Caspian Flotilla of the Southern Military District of Russia are afraid “each trip” they take out to sea could be a “one-way ticket” to their deaths.