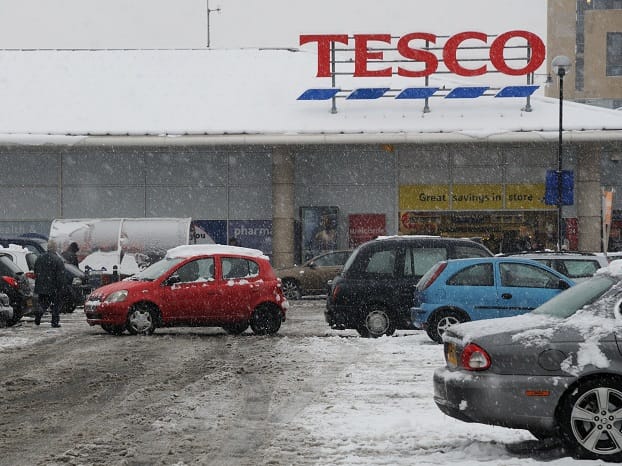 The Met Office have extended their weather warning into Wednesday as temperatures are plummeting and rain is forecast overnight which is likely to cause ice.

The Met Office said, “Some wet snow may fall to low levels at times well inland but any settling will mostly be confined to high ground.

Met Office spokeswoman Nicola Maxey said the South East may have some snow on Thursday and Friday, but “if it happens, it won’t stay around for long.”

Maxey added, “We may see the odd flurry down to lower levels, particularly in the North East, maybe the North West depending on what day you’re looking at, but certainly any snow to lower levels will be quite transient really and not last very long.

“You’ve got the two events happening at the same time so they vie against each other in a sense.

“They’re sort of fighting for influence over the UK, we’re a very small dot in the middle of the ocean.”

“Whilst there will be some wintry hazards around, it’s not really until the end of the week until we see any significant snow.”

RAC Breakdown spokesman Simon Williams said, “The message for those who have to drive is to adjust their speed according to the conditions and leave extra stopping distance so 2021 doesn’t begin with an unwelcome bump and an insurance claim.

“Snow and ice are by far the toughest driving conditions, so if they can be avoided that’s probably the best policy.”