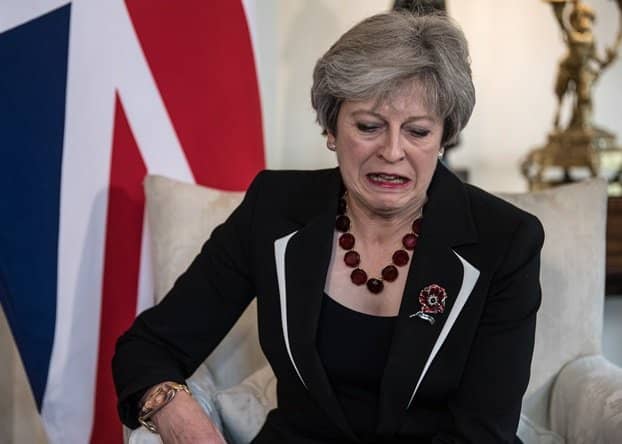 PM Theresa May may have managed to secure support for her draft deal from her divided cabinet, but her leadership could still face a challenge today.

“The collective decision of cabinet was that the government should agree the draft withdrawal agreement and the outline political declaration,” May said, after a five-hour meeting.

Political sources have told media that a vote of confidence could be forced through by lunchtime on Thursday as the prime minister faces a fierce backlash from both sides of the Brexit divide.

The BBC’s political editor Laura Kuenssberg reported: “One senior Tory told me tonight there is likely to be a move against the prime minister in the next 24 hours.

“Another said they would be amazed if enough objections to start a contest hadn’t emerged by lunchtime.”

She added that this could be “the moment the Tory party falls into a leadership contest almost by mistake”.

ITV political editor Robert Peston also fuelled rumours that a vote of no confidence was imminent, claiming a source told him there would be enough letters to force one “by lunch” on Thursday.