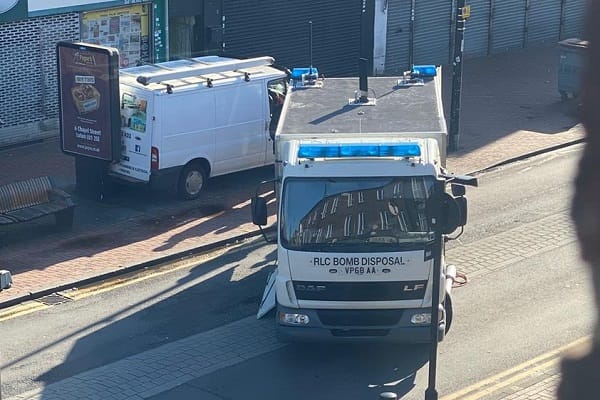 Luton street in lockdown after a suspicious device found in car

Bomb squad have attended Dunstable Road, in Luton after suspicious device was found in a car in Luton, Bedfordshire.

Two men have been arrested in connection with the incident, and police are urging people to avoid the area.

Bedfordshire Police said, “We are currently attending an incident in Dunstable Road, Luton, where a suspicious device has been found in a car.

“Dunstable Road has been closed between Nadeem Plaza and Francis Street, and an explosive ordnance disposal team are in attendance.

“Brook Street has also been closed as a precaution.

“People are advised to avoid both Brook Street and Dunstable Road and seek alternative routes.”